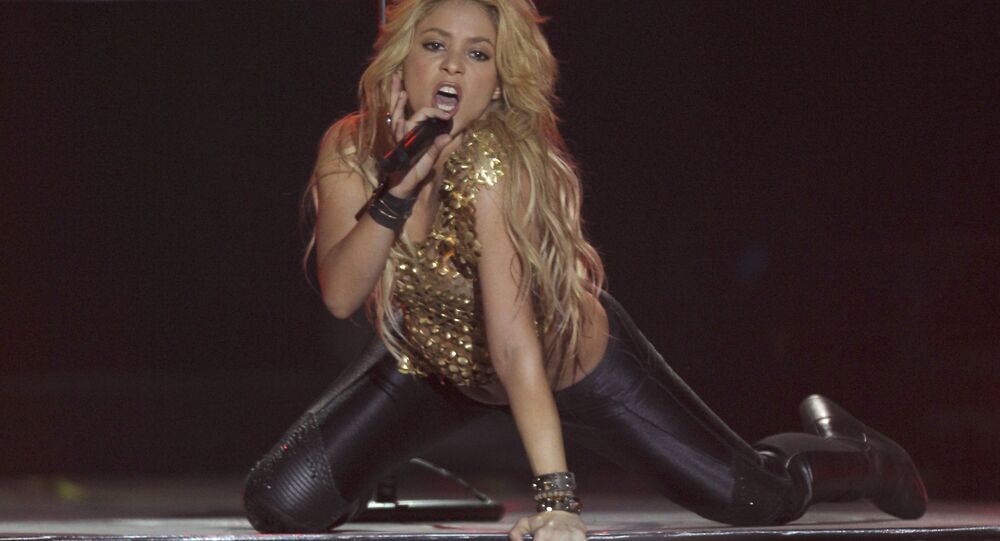 These ladies share their partners’ triumphs, victories, multimillion royalties, the bitterness of defeats, and the pain of injuries. Many of them are very good looking and work hard to stay in good shape just like their men.

Russia is hosting the main sporting event of the summer, FIFA World Cup 2018, which starts on June 14. The world’s best football players will take to the football fields to the delight of millions of people around the world. Many of them will come to Russia with their other halves, their wives and girlfriends.

Sputnik is taking a look at the top ten wives and girlfriends of the football stars who plan to join their partners in Russia.

She is the wife of Robert Lewandowski, captain of the national team of Poland and Bayern Munich’s star striker. Anna is a professional karate enthusiast. Over the course of her career, she has won 38 medals at Polish, European and World championships. Now she works as a fitness trainer and a nutritionist. She and her husband have a daughter together.

In Poland they are known as the “Polish Beckhams.”

She is the stunning girlfriend of Real Madrid and Spain star Sergio Ramos. The pair has been dating since 2012 and has three children together. The 40-year-old is a Spanish reporter and TV presenter. She made her name covering events for popular television network La Sexta.

Antonella is the wife of Argentina football star Lionel Messi. They are childhood sweethearts and were married in June 2017, by which time the couple already had two sons. In 2018 they had a third son together. Antonella is often called the most humble wife of a football player — she does not wear expensive jewelry and famous brand-name clothing. She does not post indiscreet photos on social media and has never been seen in any scandal.

The Colombian singer has been dating Gerard Pique, a Spanish professional footballer who also plays for Barcelona, since 2011. The couple met in 2010 during the filming of the video for the song "Waka Waka." The song became the anthem of the 2010 World Cup. Today the couple shares two sons born in 2013 and 2015.

Edurne García Almagro is a Spanish singer, actress, and TV presenter. She is the girlfriend of David de Gea, the goalkeeper for the Spanish national team and the English club Manchester United. Almargo has said that he will definitely come to Russia to support her partner.

The German beauty is the wife of Mats Hummels a defender on the German national team and Bayern Munich. Cathy and Mats met in 2007 at the "Miss Bayern Munich" pageant. Cathy was a contestant, and the football player — a member of the jury. Mats fell in love at first sight and gave all his votes for Cathy — as a result, the girl took the first prize. In June 2015, they officially became husband and wife, and on January 11, 2018, the couple had a son.

She is the wife of Axel Witsel, Belgian footballer who plays for the Chinese club "Tianjin Quanjian." He previously played for St. Petersburg club Zenit. The couple got married in St. Petersburg in 2015. Sabo who is a model attends all her husband’s matches. They have two daughters together.

The Brazilian actress is known for her marriage to Real Madrid and Brazilian National Team star Marcelo Vieira. She met Vieira through her brother when they were 15 and the couple got married when they were 19. She gave birth to their first son, Enzo, in September of 2009.

She is the wife of Luis Suarez, forward of the Uruguayan national team and the Barcelona club. The couple met in their childhood and now has two kids together. Suarez often says that his success is due to his wife’s support who pushed him to pursue his career in Europe.

Cristiano Ronaldo’s beautiful Spanish girlfriend is the mother of Real Madrid’s daughter Alana Martin. She is an ex-Gucci employee and has been dating the football star for over a year.

World Cup Eye Candy: Who are the Hottest WAGs Heading to Russia This Summer?