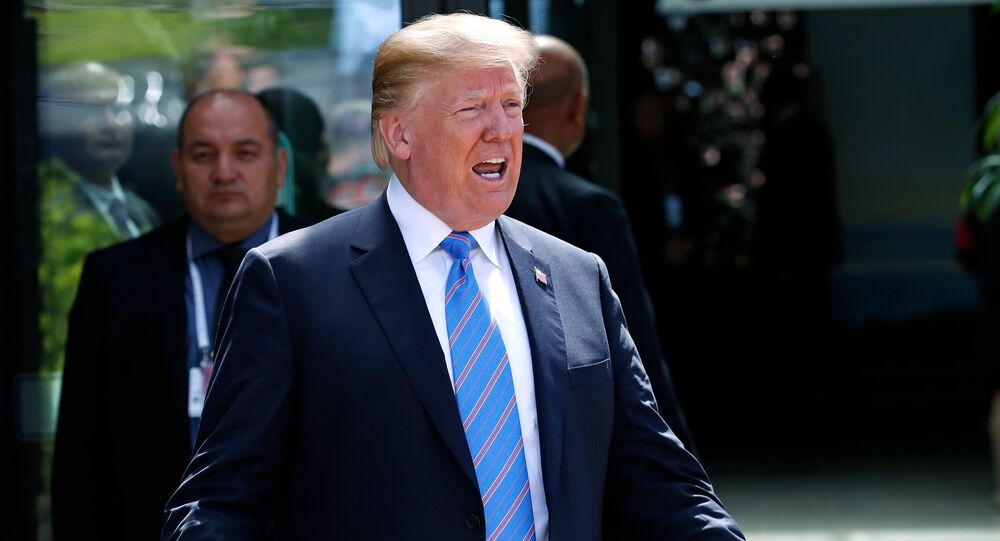 Twitter exploded on Tuesday when US President Donald Trump took to the social media platform to criticize Robert De Niro after the famous actor slammed him in his Tony Awards speech.

Trump caused a stir with his two tweets harshly criticizing the Hollywood star.

© AFP 2021 / Tiziana Fabi
Hollywood Icon De Niro Apologizes to PM Trudeau for Trump's 'Disgusting Behavior'
In his tweets, Trump called the actor a "very Low IQ individual" and nicknamed him "Punchy," alleging that the Oscar-winning actor had received too "many shots to the head by real boxers in movies."

"Robert De Niro, a very Low IQ individual, has received to many shots to the head by real boxers in movies. I watched him last night and truly believe he may be 'punch-drunk.' I guess he doesn’t…realize the economy is the best it’s ever been with employment being at an all time high, and many companies pouring back into our country. Wake up Punchy!"

​Twitter users, however, noticed several typos in Trump's own Twitter posts and rushed to tell the US president about it.

Please consider getting a Tweet editor. Your mistakes make you look foolish.

It's "too many". But thanks for playing.

​​Others recalled De Niro's famous remark from the movie.

​This happened a day after the veteran American actor received a standing ovation from the audience at 72nd annual Tony Awards for verbally abusing the US President in his speech. “I'm gonna say one thing: f*ck Trump! It's no longer down with Trump, it's f*ck Trump!" De Niro said at the event. The actor bashed Trump at a Fulfillment Fund fundraiser back in March as well, calling the president "an idiot."

This is not the first time Trump has set Twitter on fire with typos in his posts. Trying to to share his feelings about his wife Melania Trump upon her return to the White House after surgery last month, the US president posted a tweet which left everyone on Twitter asking, "Who's Melanie?"