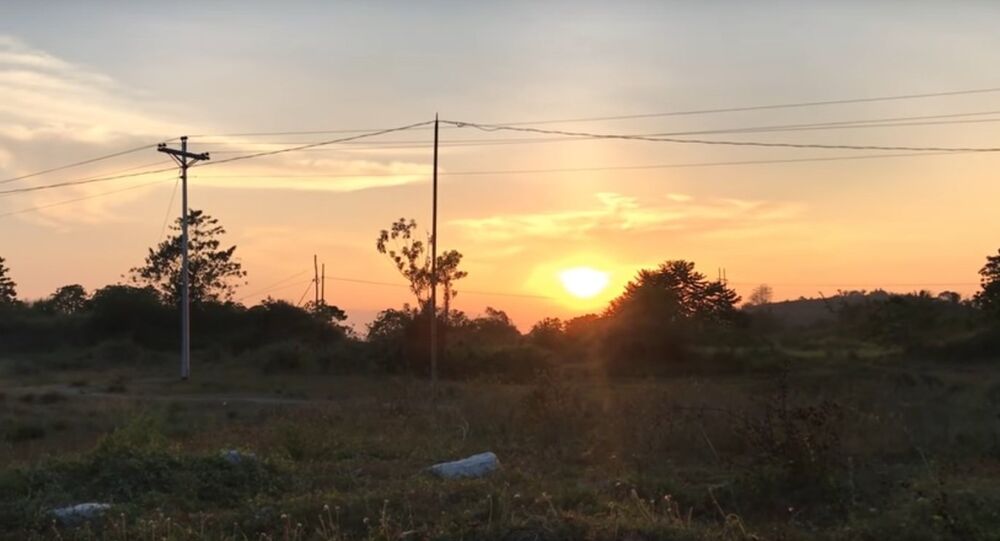 Could This Be the End? Bizarre Trumpet-Like Sounds Cause Panic in Chile (VIDEO)

A video has emerged showing the moment when animals and people were left frightened by a loud, unknown sound that rang out during the night.

Apocalyptic fears were sparked among people in Chile as a strange trumpet-like noise was heard for two minutes.

Dogs were barking in fear and the atmosphere was eerie, as the sound went on. Wild claims that followed online after the video was uploaded included passages from the Bible.

The clip was uploaded to the YouTube channel ZealotInAll Black3.

Under the video the user wrote verses from the Bible. Matthew 24:31 reads: "And he shall send his angels with a great sound of a trumpet, and they shall gather together his elect from the four winds, from one end of heaven to the other."

However, some social media users were not so convinced that the sounds were from the heavens, suggestign rather that the noise could have come from a steel industry somewhere nearby.

"Honestly this sounds like a shipyard, construction or mining sounds," one user wrote.

Another added: "Could be a train car with faulty brakes."

Similar sounds were heard in Iranian city of Astara in fall of last year. While some people immediately started speculating about the nature of the mysterious phenomenon, a number of skeptics said that the video could be a hoax and that the strange sound could be the product of a montage.