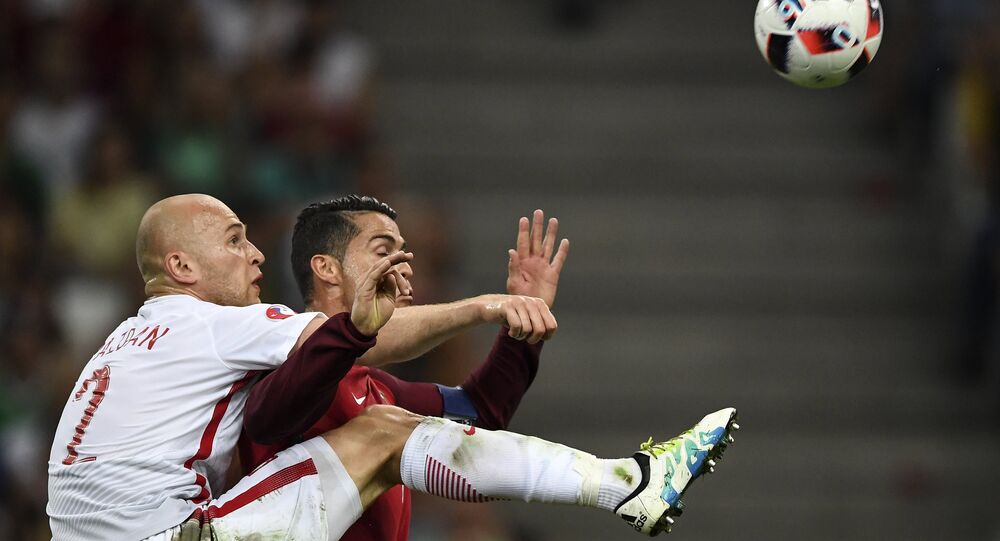 Speaking with Polish sports reporter Sylwia Dekiert, the center-back used nothing but his legs to kick back a lamp as it fell inches from where the reporter was sitting.

Dekiert later thanked her defender, tweeting that he was "without a doubt the best defender in the country."

© Sputnik / Anton Denisov
World Cup Bread: WATCH Russians Give Portuguese Footballers Hearty Welcome
Pazdan will join his teammates as Poland, which made it into the quarterfinals at the 2016 UEFA European Championship, heads to the World Cup in Russia next week. The country's team will face off against Senegal, Colombia and Japan in Group H play in Moscow, Kazan and Volgograd.

Russia will host the 2018 FIFA World Cup, with 32 teams from across six continents facing off at stadiums across 11 Russian cities between June 14 and July 15.