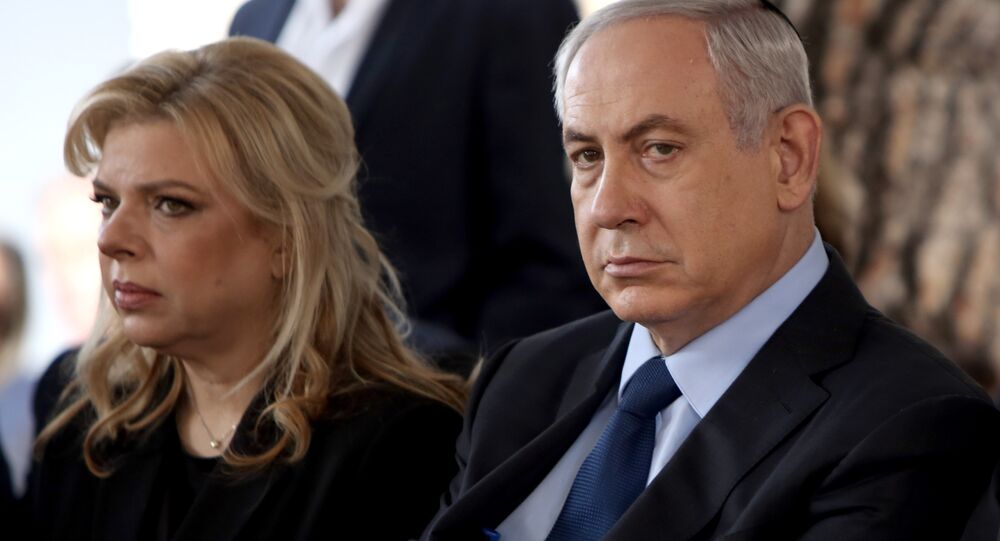 Flight attendants aboard the plane which Benjamin Netanyahu used to travel to Europe were reportedly forbidden from communicating with him directly and were told that they must only address the prime minister through his wife.

When Israeli Prime Minister Benjamin Netanyahu and his wife Sara headed to Europe earlier this week aboard an El Al flight, the plane’s cabin crew was issued a list of instructions on how to behave around the high-profile passengers, Yossi Verter writes for Haaretz.

According to the columnist, one instruction in particular stood out: under no circumstances were members of the cabin crew to address the prime minister directly.

"Every approach to him is to be made solely through his wife. If the flight attendant wishes to ask Netanyahu what he’d like to drink, whether his passion is for chicken or for beef, or whether to fill his cup with tea or coffee, he or she must direct the question to Sara, sitting next to him, at a distance of a few centimeters," Verter wrote.

© AP Photo / Michael Sohn
Ex-CIA Officer Lists Three Reasons Why Netanyahu's EU Charm Offensive Failed
The author pointed out that "this anecdote will strike a chord with people knowledgeable about the history of the relations between Bibi and Sara," as Netanyahu apparently first met his wife in 1990 on an El Al flight where she worked as a stewardess.

"The guidelines don’t state explicitly that the attendants are prohibited from making eye contact with the Leader, or that they must lower their eyes if, heaven forbid, their gaze crosses. In olden times, mere mortals were forbidden to look directly at the emperor. Violation of the order was liable to result in execution. We’re not there yet; maybe in another term or two in office the protocol will be honed," Verter quipped.

He added that "a response on behalf the Netanyahus said: ‘This is utter nonsense and an attempt to blur the prime minister's great achievements’."