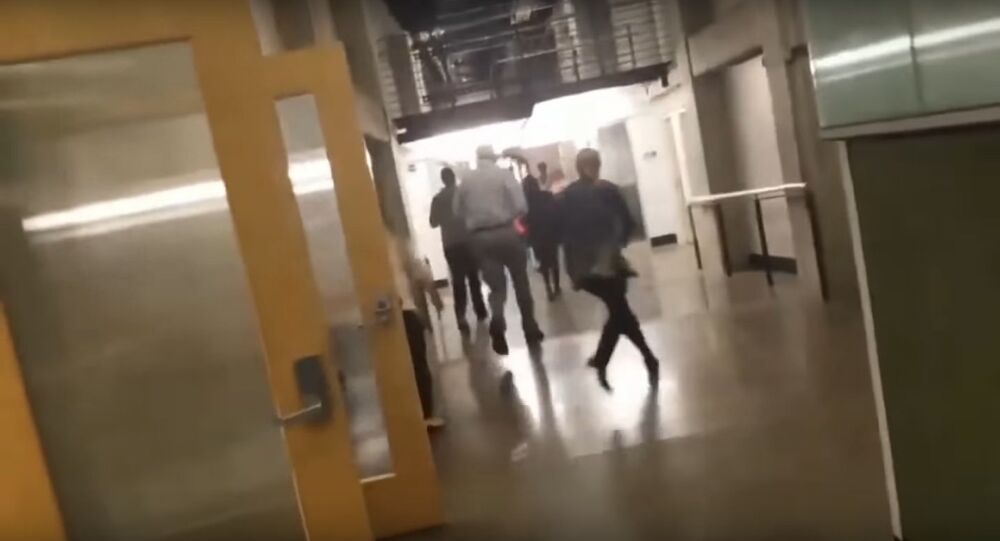 It was not the first time that the prankster pulled off a "joke" like this, but it was the first one to lead to his arrest by police. The judge considered him to be a potential threat to the public and set his bail at $75,000.

YouTube prankster Jammal Harraz, also known as Arab Andy, was arrested after his latest prank sent people running in panic. Harraz entered a classroom in Washington University and played a voice on his phone that said "Attention! C4 has been successfully activated. Bomb countdown detonation successfully started." When the phone started beeping after the last phrase, students in the class began to rush to the exit, believing that the threat was real.

Harraz himself fled the scene, claiming that it was the best reaction he could think of. He was later arrested by police, with the event also being broadcast on a live stream on YouTube. The judge considered his actions to be a threat to public safety and set a $75,000 bail for him. He was charged with making bomb threats.

So @arabandy, do you think it's funny to toy with people's lives just for monetary gain?

A bomb threat? The fact that you'd fabricate a life or death situation just for the sake of entertainment is not only distasteful but desperate.

..or is an actual terrorist grooming the public into false belief ”it’s just a prank, bro” until it’s suddenly not a prank anymore….

I wonder what their thought process was making this "prank"

"People fear for their lives so funny."

While some noted that it was impossible for Harraz to know in advance which phrase would be said, as it was chosen by viewers of the channel that donate money:

It wasn't a prank. It was a text to speech media donation while live streaming. Arab Andy had no idea that sound was going to play.