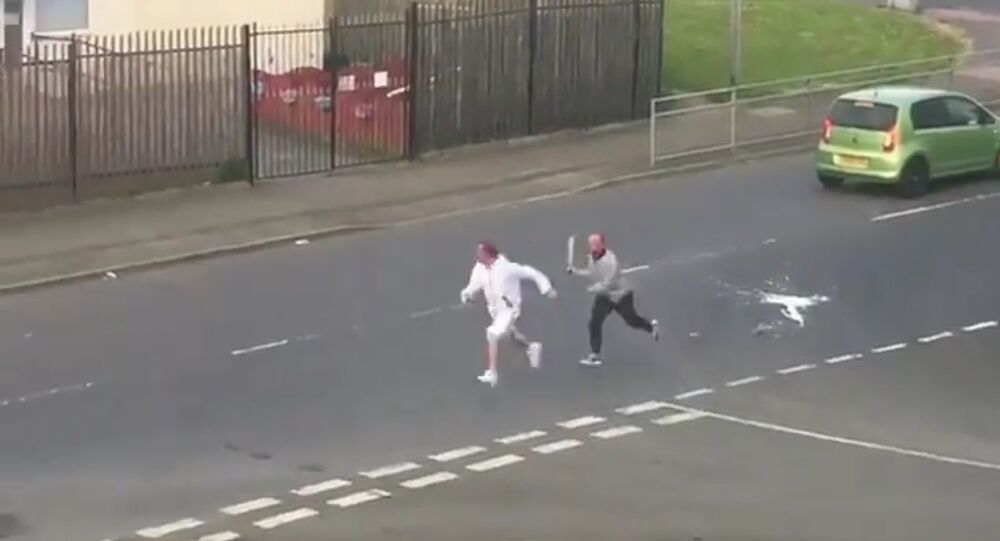 Shocking footage featuring a person brandishing what looks like a sword and chasing another man down a Glasgow street has been unearthed on YouTube. The police are investigating the incident.

The 36-second video shows two men in the Castlemilk area confronting each other, with one of them pulling out a machete-like object and chasing the other down the street before police turned up. The weapon-wielding man is later seen running away into a fenced off forest area, as the police car reverses at speed.

According to a Police Scotland spokeswoman, a chopper was later deployed to the scene as part of the search operation.

“At around 6:20 pm on Friday, June 1, police received a report of a man in Lainshaw Drive, Castlemilk with an offensive weapon. Officers attended and conducted a search of the area resulting in a negative response. There were no reports of any injuries or attacks. We can confirm the helicopter was used as part of the search. Enquiries are continuing,” she told The Sun.