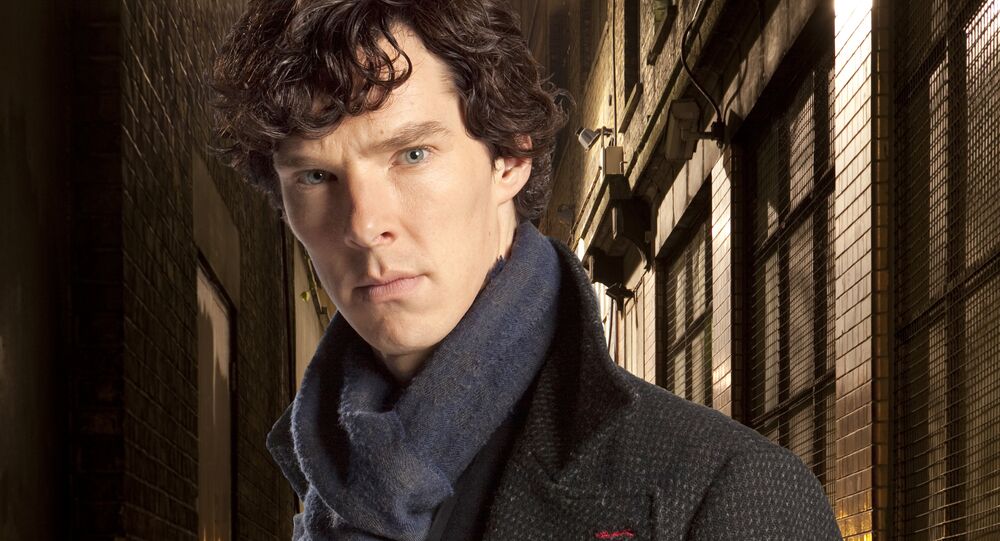 'I Had to, You Know?': Twitter Ecstatic Over 'Selfless Sherlock' Fighting Thugs

Benedict Cumberbatch’s inner Sherlock apparently rejoiced as the Hollywood star, who played the world-renowned detective in the wildly popular BBC series “Sherlock,” came to the rescue of a man in downtown London on Friday night.

According to The Sun, he was in a taxi riding down Marylebone High Street, just walking distance from his character’s Baker Street home, when he suddenly saw a food delivery man being hit over the head by a gang of four. Cumberbatch stepped in moments later and attacked one of the muggers, while the driver grabbed hold of another one.

Looks like he popped into the Sanctum Sanctorum, swapped into his Sherlock clothes and went out to woop ass. pic.twitter.com/cIzN1y0krr

One user ironically remarked that just to see the cult actor would have been enough for one of the assailants to turn themselves in:

Imagine you're trying to mug a deliveroo rider and hear someone shout "get off him" only to turn around and see Benedict Cumberbatch running at you. I'd turn myself in.

The incident appears to have added to vehement excitement about "Cucumber." Most long-time fans stated the news had further strengthened their opinion and trust in their "selfless" idol.

“He asked the rider how he was and when he said, ‘I’m OK’ Benedict just hugged him.”

The paper reported Cumberbatch saying: “I did it out of, well, I had to, you know…”

Benedict Cumberbatch and Keanu Reeves save the world when?

Every so often —not nearly often enough on #msm if a celeb's not involved:(- we see in our world there is still #kindness & #courage for a stranger. Rightly we call r unique qualities "#Humanity"; wrongly we see it as rare. Benedict Cumberbatch saved a stranger,#Deliveroo rider https://t.co/aBxZgQGf2V

He is seriously the best person on earth. | Benedict Cumberbatch saves Deliveroo rider being attacked by gang of thugs https://t.co/nJvFbK1vNi

I’m full of admiration for Benedict Cumberbatch who stepped in to save a Deliveroo rider being attacked by four thugs, but can we also take a moment to applaud Manuel Dias who helped him fighting off the muggers. Both men did a great job! https://t.co/wegDPMwDpz

After the incident, on hearing that the man was safe and sound, the actor rushed to give him a hug: “I did it out of, well, I had to, you know?” Cumberbatch was quoted as saying.

The ABC of Theater Etiquette Explained by Benedict Cumberbatch