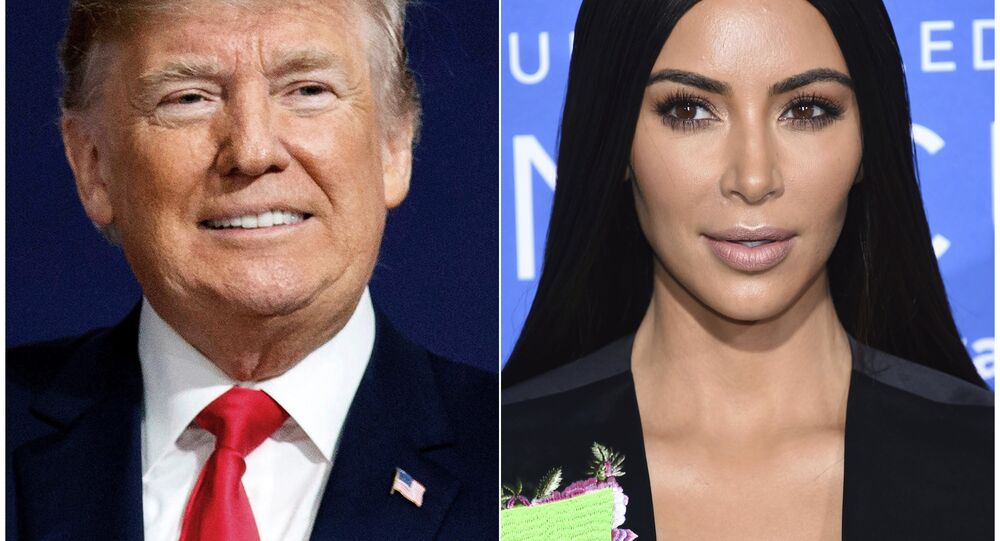 President Trump's meeting with the reality show starlet to discuss the weighty issue of prison reform spawned a collection of poignant and hilarious commentary on social media.

Thanking the president following their conversation on Wednesday, Kardashian tweeted that her visit was aimed at freeing Alice Johnson, a 63-year-old Memphis woman serving life in prison for a first time, non-violent drug offense.

I would like to thank President Trump for his time this afternoon. It is our hope that the President will grant clemency to Ms. Alice Marie Johnson who is serving a life sentence for a first-time, non-violent drug offense.

President Trump, for his part, tweeted back a photo from his get-together with Kardashian, calling it a "great meeting."

Despite the serious nature of their discussion, Twitter users couldn’t get over the fact that two former reality show stars were talking policy about an important issue like the US war on drugs.

Donald Trump brought in Kim K to talk about prison reform and this is all I can think of LMFAOOOOO pic.twitter.com/MBWDaeEpsl

What does @KimKardashian know about jail reform? The only person in her family that's been in jail was @khloekardashian and she spent like 39 minutes in jail pic.twitter.com/x2B8hB0rlp

Couple of rocket scientists right there.

Others, inspired by a New York Daily News front page dubbed "The Only Kim He Could Get" and the New York Post's even more scandalous "Kim Thong Un Pitches Prez on Prison Reform," recalled the uncertain status of Trump's expected meeting with North Korean leader Kim Jong-un.

Whoever came up with that headline deserves a raise! "Kim Thong-Un"?#KimKardashian pic.twitter.com/n7iFdHF1vp

Ah…so this is the Kim Trump summit we hear about…

Some users simply joked about the picture accompanying Trump's post, coming up with an assortment of captions or editing it in Photoshop, with hilarious results.

“You are Melania now.” pic.twitter.com/5Mph6ghcH8

Finally, amid the arguably justified criticism over Kardashian's lack of qualifications for talking policy were also a few tweets urging the internet to give credit where credit is due.

this past week there have been many reasons to get upset with Kim K, but what she’s trying to accomplish by going to the White House shouldn’t be one of them. This is the lady she’s been working months to get Trump to pardon, give credit where it’s due pic.twitter.com/7KqWxNgbP3