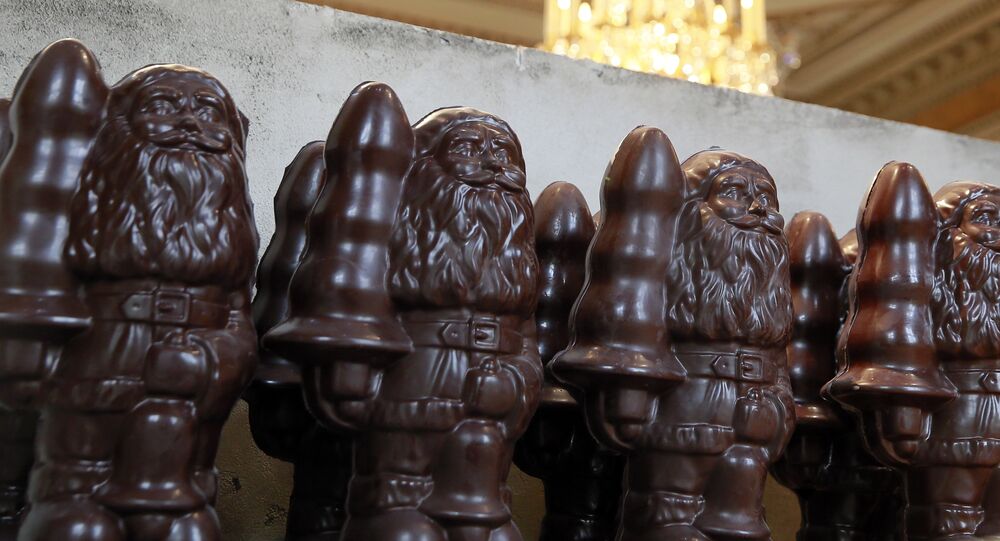 A statue of a gnome holding a suspiciously suggestive Christmas tree had previously stirred outrage in the Netherlands and was removed. Today, a controversial Oslo park will erect an identical homage to St. Nick.

Previously, a bronze variant of this statue by artist Paul McCarthy became so unpopular with the Dutch that it had to be removed from Rotterdam amid vocal protests.

Tonight, an over-six-meter-tall red version of "Santa" will be unveiled in an Oslo park, renowned for its startling sculptures. According to Ina Johannesen, the managing director of Ekeberg Park, the sculpture had never been molded and painted red until now; the color choice has always been the artist's wish.

Santa is coming to Oslo! Tomorrow, American artist Paul McCarthy's "Santa" officially opens outside @ekebergparken, at the roundabout below the park. Don't miss the unveiling of this exciting new addition with a speech given by the artist followed by music, refreshments, and fun. Everything kicks off at 18.00! For Paul McCarthy (1945-), fabled characters—Santa Claus and his elves, for example—provide innocent material through which he explores the abject and perverted. Drawing inspiration from the radically confrontational Viennese Actionists and the Happenings of Allan Kaprow and others, McCarthy quickly strayed away from his initial interest in painting and in the 1970s began composing performances with the goal of physically disrupting the sense of material comfort, general apathy, and violent cultural dissolution that he viewed as the results of the United States’ consumerist, entertainment-driven mass media and popular culture. Though serious in intent and critique, McCarthy’s performances, and sculptures alike have an important element of comedy, though twisted and profane, that aids in highlighting the absurdity of contemporary circumstances. McCarthy's work has been exhibited extensively, including solo shows at the Hammer Museum in Los Angeles, the Whitney Museum of American Art in New York City, the New Museum in New York, the Museum of Contemporary Art in Los Angeles, the Museum of Modern Art. His work has also been featured at numerous incarnations of the Whitney Biennial and the Venice Biennale. Peder Lund presented work by the artist in 2012. #PaulMcCarthy #McCarthy #Santa #SantaClaus #publicsculpture #ekebergparken #Osloarts #Oslosculpture #Americanartist #contemporarysculpture #opening #openingtomorrow #Osloopening

According to the artist, the idea of a gnome wielding a Christmas tree/anal plug is an analogy that works on several levels, due to the fact that the Christmas tree is one of the strongest symbols of consumer culture.

Paul McCarthy is no stranger to controversy, not least involving Christmas trees and sex toys. In 2014, his giant inflatable Christmas tree that, many argued, resembled a green sex toy, was deployed in Paris amid major protests. The eyebrow-raising sculpture was exposed to vandalism when someone simply pulled the plug, forcing the unwanted objet d'art to go limp. The "tree" was later removed.

This 80-ft inflatable butt plug in Paris is a “Christmas tree” http://t.co/ymh2mVSTTf pic.twitter.com/sRGBSqLeyG

​"Every ten-year-old may find much stronger images on their smartphone than anything I can make," McCarthy explained to the daily newspaper Aftenposten.

McCarthy ensured that he wasn't interested in controversy per se and stressed that Norwegians are always free to remove the gnome, if they get dislike it that much.

While the park authorities intend to celebrate the new statue they dubbed an "honor for the park" with special-themed wine, the statue has triggered a plethora of comments ranging from supportive ones to "ugly and generally awful."

Ekebergparken Sculpture Park is a national heritage park in southeastern Oslo initiated and financed by property director and art collector Christian Ringnes. The park boasts a dozen modern sculptures and attracts thousands of tourists, albeit not without controversy.

I can see why #Ekebergparken is rated one of the best sculpture parks in the world! Five mins in & we already saw #Rodin #SarahLucas #Dali #Renoir with @MariaAverina 💫 pic.twitter.com/EvE5MRCyMI