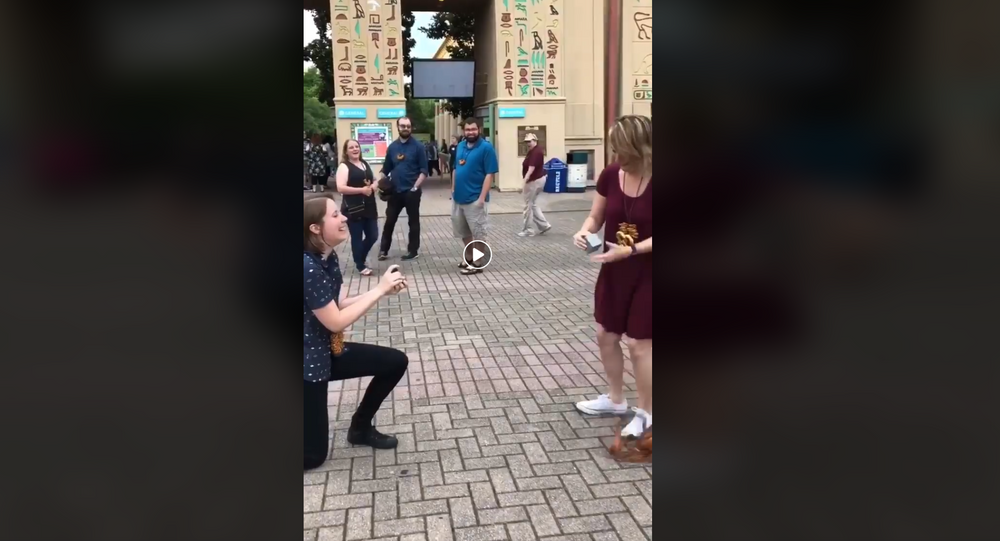 The internet just can’t get over this magical moment last Friday, in which Jessa Gillespie and Becky McCabe popped the big question … at almost the same moment.

In a video posted to Facebook, the couple is seen posing for a photo at the zoo in Memphis, Tennessee, where the two had their first date. McCabe then asks the photographer, who was actually taking a video instead of a photo, to snap another one. Moments later, McCabe gets on one knee and proposes to Gillespie.

However, instead of answering, Gillespie, who is jumping up and down with excitement, begins looking inside her purse and pulls out — you guessed it — a ring she was planning to propose to McCabe with the same day. A now-equally surprised McCabe starts laughing and the two hug each other as bystanders smile at the serendipitous moment.

The video, which was shared by Gillespie on Facebook Sunday, has been viewed almost 900,000 times and has around 16,000 likes.

"We had no idea this would blow up so quickly But I can't say I'm not thrilled, because all I've ever wanted was for Beck and the world to know how much I love her. We are overwhelmed with all of the positive responses," Gillespie added.

According to WTHR, the pair plan to get married next summer.