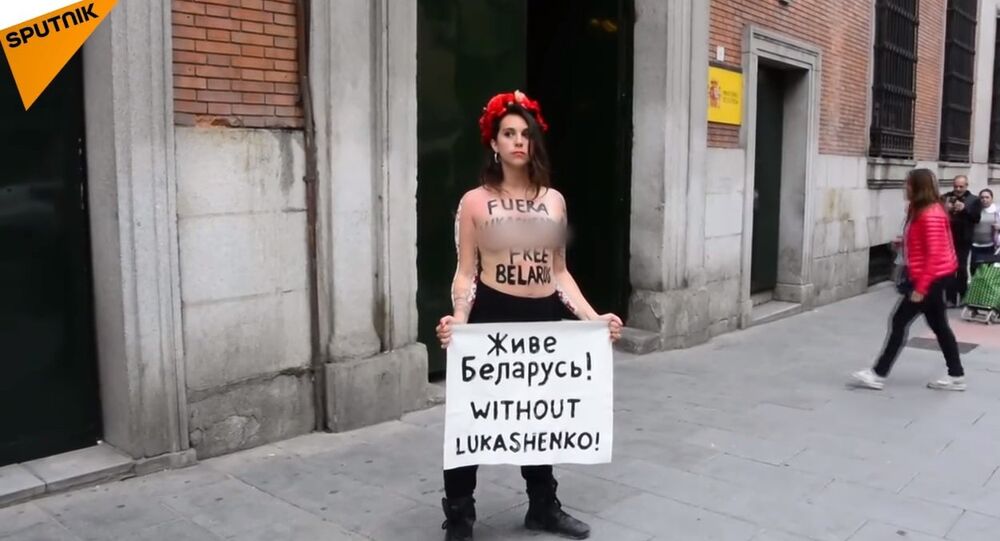 An activist of the infamous FEMEN movement organized a nude protest in Madrid amid a visit of Belarus' minister of justice to the country.

During a meeting of the Belarusian and Spanish justice ministers in Madrid on Tuesday, a young woman representing the Ukrainian feminist movement FEMEN was standing half-naked near the ministry's building.

She was holding a banner that read "Long Live Belarus! Without Lukashenko!" and had a "Free Belarus!" inscription on her body.

A post on the movement's Facebook group said that the campaign's goal was to attract attention to President Alexander Lukashenko's "dictatorship" and alleged human rights violations in the country.

Earlier this month, another FEMEN activist appeared topless and breastfeeding a baby in Vatican City in attempt to make the Pope acknowledge the right of women to breastfeed wherever they want.

FEMEN is a feminist group, founded in Ukraine that has made its name through various kinds of protests worldwide, perpetrated predominantly by topless activists.