Conspiracy theorists have long suspected that the world’s governments are managing secret extraterrestrial projects, and last December’s report on the Pentagon’s black budget study of UFOs fanned the flames of conspiracy.

A ufologist, who preferred to remain anonymous, took to the website Alien Revelations to claim that aliens are seeking to stop humans from using nuclear weapons, “because we simply cannot be trusted with such massive power.”

The author recalled former US Air Force Lieutenant Bob Jacobs’ interview on the Larry King show a few years ago when he claimed that his superiors had warned him to remain silent about having seen a UFO at the Vandenberg Air Force Base. 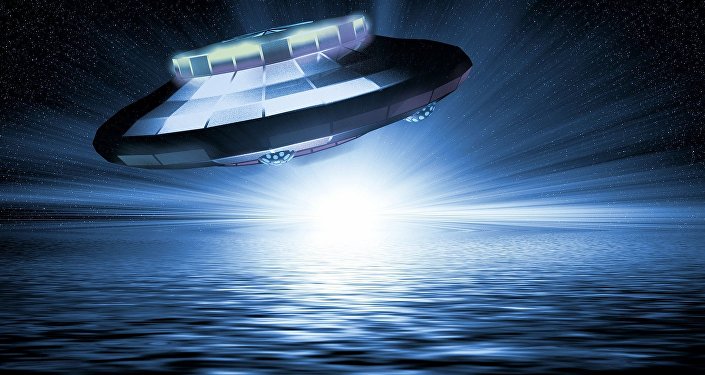 © CC0
Pentagon Reportedly Admits UFO Encounter With US Navy
His seniors, however, were not as excited about the alleged sighting of an unidentified flying object, saying “this didn’t happen,” but many ufologists say UFO encounters often occur around nuclear bases.

According to another website, Collective-Evolution, a similar incident happened at the Malmstrom Air Force Base.

“This occurred in March of 1967 at a base that was responsible for a large amount of nuclear weapons. Witnesses here saw a red, glowing UFO hovering just outside the front gate. After that happened, all of the nuclear missiles shut down, and went completely dead.”

The ufologist said it wouldn’t be “surprising” if extraterrestrials were trying to prevent the apocalypse by creating obstacles for human nuclear experiments.

“We observed the UFOs were very interested in the nuclear weapons manufacturing facilities. A couple of nuclear weapons that were sent out into space were destroyed by the extraterrestrials. At the very end of the 70s and early 80s, we attempted to put a nuclear weapon on the moon and explode it for scientific measurements. They destroyed the weapon before it got to the moon.”

Despite all theories, NASA has always denied the existence of alien life.

“The only life we know about is on Earth. NASA is always looking for life out there, and when we find it, we will tell you,” Paul Hertz, Astrophysics Division at NASA Headquarters in Washington, stated last year.