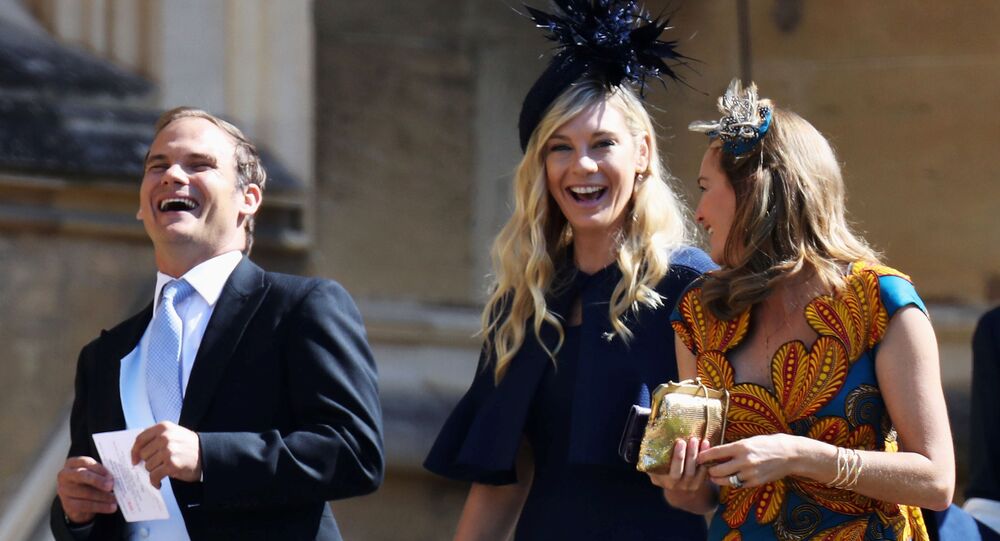 An “emotional” conversation between the royal and his girlfriend from 2003-2010 Chelsy Davy, which allegedly took place just a week before his marriage to US actress Meghan Markle, has been reported as final closure for the former couple.

With Prince Harry and US actress Meghan Markle nearly a week into married life, more behind-the-scenes details of their wedding on May 19 have emerged and given social media something to chew on.  The recent news concerns the prince’s ex- girlfriend Chelsy Davy, whose estranged look at the ceremony has already provided fodder for jokes and speculations, as it’s been revealed that the former couple had a “closure” phone call mere days before Harry parted with his bachelorhood. The law-graduate and jewelry designer, branded “a party girl” by the media, reportedly dated Harry from 2003 until 2010, but even after the break-up they stayed in touch and even appeared together at Prince William's wedding in 2011.

As Vanity Fair has reported, the conversation occurred after Davy received an invitation to the ceremony, but not for the reception.

“It was their final call, a parting call in which they both acknowledged Harry was moving on. Chelsy was quite emotional about it all, she was in tears and almost didn’t go to the wedding. In the end, she went and promised Harry she wouldn’t try and gatecrash the party,” her family friend reportedly told VF.

Despite the tearful conversation, the 32-year-old from Zimbabwe still didn’t land on the guest list. But she still showed up at the ceremony along with another ex-girlfriend Cressida Bonas.

The revelation provided material for a new wave of buzz on Twitter, as users have rushed to discuss what’s behind the “tearful” call.

I don’t know if y’all was watching the same wedding I was, but that man does not give a rat’s ass about Chelsy Davy.

Don't seem too heartbroken about Harry few weeks ago, guess the attention seeking jealous b**th was putting on a show. Just like how she's lying about calls now. pic.twitter.com/AFsMgPVs8H

They are both human with emotions

​Some reminisced about Prince Charles’ story…

Prince Harry and ex-girlfriend Chelsy Davy had an 'emotional' call before wedding, report claims:… https://t.co/H3Iup6Qjnq via @YahooNews She loved him and he loved her,could history be repeating itself? Don’t be hurt like Di be happy Harry.

​…and expressed support for Davy.