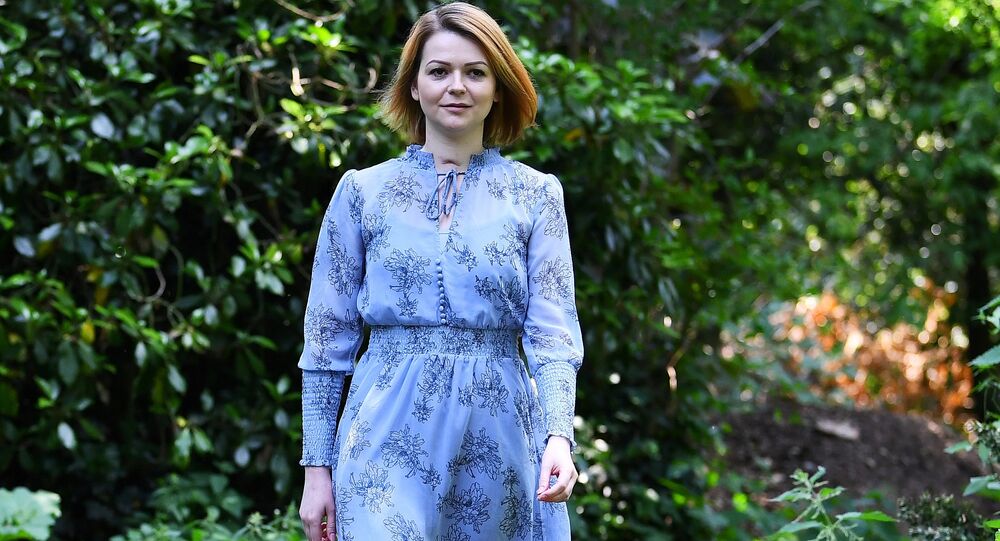 Yulia Skripal, who was allegedly poisoned with a nerve agent, namely Novichok, in Salisbury, the UK, in early March, has had her first media appearance.

After her interview with Reuters, in which she expressed gratitude to all those who assisted and supported her as well as detailed her treatment in Salisbury hospital, social media started sharing fresh pictures. Some users, although expressing their delight about Yulia looking healthy, couldn’t help noticing a scar on her neck. They wondered whether it is the nerve agent that prompted a surprising surgery:

Yulia Skripal finally gives an interview to Reuters (in essence echoing the written statement from April):https://t.co/keGzsRyq7b

I always suspected Novichok to be a very special nerve agent: apparently prompting surgery at or below the larynx!?!
Any medical explanation? pic.twitter.com/IrgXyHJ7oJ

Note in her ‘interview’ that Yulia #Skripal doesn’t answer any questions, and that @Reuters has now deleted from the original article its earlier reference to a scar on her neck (NB possibly from her hospital treatment), but which is still visible in photohttps://t.co/5ylSaRNmSL pic.twitter.com/xcbZVlvpF4

He further went on to ponder what the US and UK media reaction would be like if they saw a missing citizen speaking from "Russia, Syria or Iran":

The statement of Yuliya #Skripal may be entirely genuine. But if such similarly rehearsed words had been said in a similar way by a disappeared US or UK citizen in eg Russia, Syria or Iran, US UK media would very quickly claim they’d been said under duresspic.twitter.com/ekmCNwbCMn

Some retold what the British authorities earlier said about the Skripals being located to a safer place, adding the statement appeared to be way too exaggerated given what Yulia said in an interview today:

Tory Government: Skripal’s won’t be safe, will need to relocate to a new country with new identities.
Yulia #Skripal on first interview says wants to return home to Russia after she finishes looking after her dad.
You decide if the Tories had totally over hyped this… pic.twitter.com/RzHF9GOskh

One user rushed to call to stop placing Yulia Skripal's figure in the center of a political competition:

I’d like people to treat Yulia Skripal like a human being that is in the middle of something dreadful, rather than a political football to score talking points with.

Some, meanwhile, have transferred the debate into a satirical domain:

Yulia Skripal has said she wants to return home to Russia, which according to Theresa May, is the country that tried to assassinate her, and her father, using one of the deadliest military grade poisons known to mankind.

If only we could all be as forgiving as Yukia. pic.twitter.com/cwtvMau9cy

Sergei Skripal and his daughter Yulia were attacked supposedly with a toxic substance and found unconscious on a bench in Salisbury on March 4. London claims that Russia is behind the poisoning of Skripals with A234 substance, while Moscow vehemently denies it, with the Kremlin billing Britain's hostile move a provocation that was orchestrated in order to spark a Russophobic sentiment around the world.

Britain, which expelled 23 Russian diplomats from the country following the attack, has provided no tangible proof whatsoever to justify its accusations.