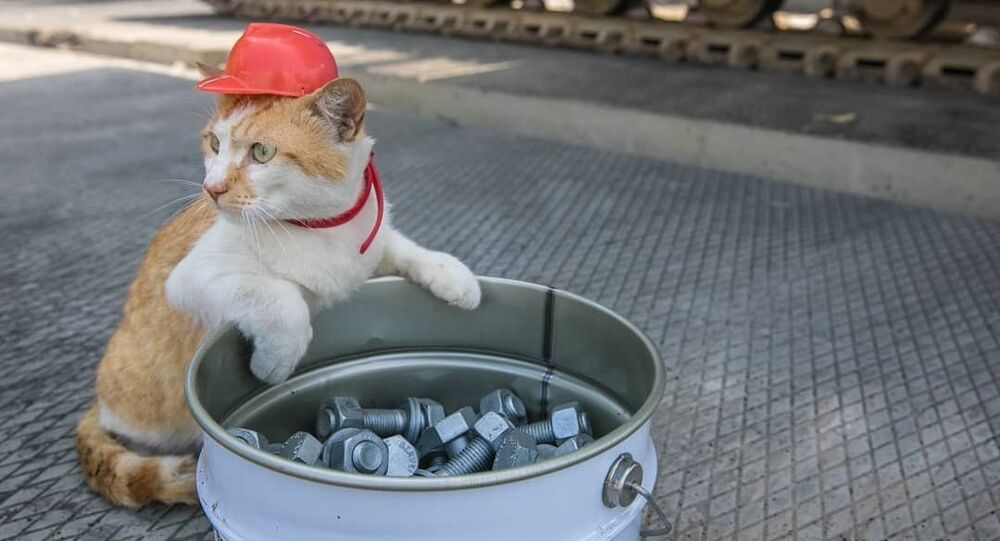 As Russian President Vladimir Putin drove across the brand-new Crimean Bridge, connecting the peninsula with the mainland, two days ago, Mostik, the cat belonging to the construction workers, bragged to his nearly 39,000 Instagram followers about being the first to have crossed the much-anticipated bridge.

An orange-and-white cat supervising the construction of the Kerch Strait Bridge, Mostik, was named after the Russian word for “small bridge,” and has already won social media users’ hearts as images of him “inspecting” the site had flooded the web. Mostik has truly become part of the team, with engineers even giving him a tiny hard hat for his appearance on Russian TV.

Greetings to @DiploMog from Mostik the cat, mascot of Crimea Bridge builders. Don’t forget, diplomacy is about building bridges! pic.twitter.com/g0bnu7HITv

“First to run the 19 kilometers. Everything is ready! Tomorrow I will solemnly open the bridge with the builders and the president! And starting May 16 you can come yourselves,” Mostik posted on Instagram on Monday, a full day before President Putin’s visit to the site.

Since 2015 Mostik, a former stray kitten, has served as a mascot for the construction workers; while it is unknown when the cat was born, the engineers decided to celebrate his birthday on November 29, the professional holiday of bridge builders in Russia.

The 19-kilometer-long Crimean Bridge will become the longest one in Europe and is expected to facilitate transportation between the peninsula and mainland Russia, which were previously connected only by a ferry line.

Crimea: Longest Bridge in Europe Set to Be Unveiled (VIDEO)