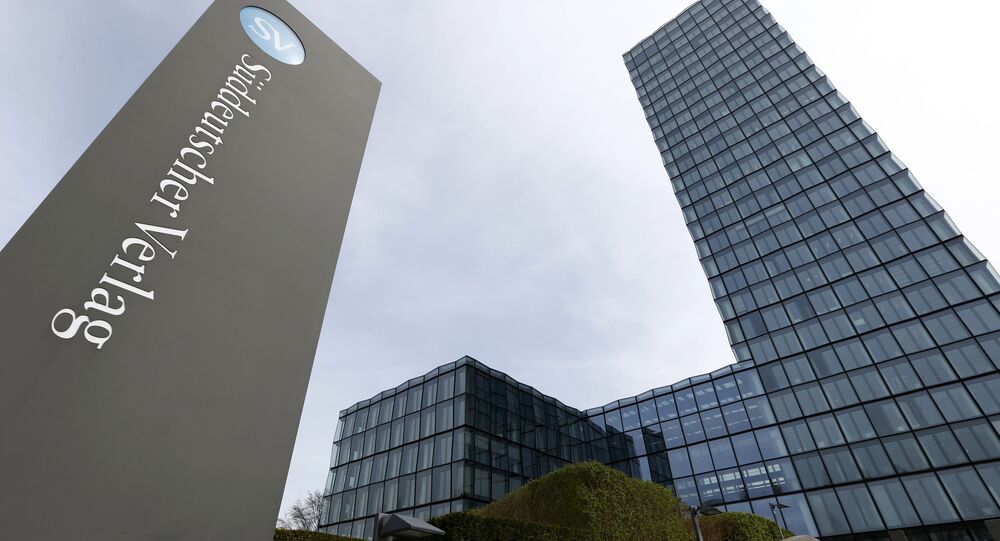 The editor-in-chief of the Sueddeutshe Zeitung has said that a recently published sardonic image of the Israeli prime minister, a reference to Israel’s handling of the Palestinian rallies at the Gaza border, was a mistake, following public uproar. The cartoonist says he does not apologize.

The editor-in-chief of the Sueddeutshe Zeitung, Wolfgang Krach, has issued an apology for a caricature picturing the Israeli prime minister dressed as a Eurovision contestant, holding a missile branded with the Star of David. The image, inspired by the victory of Israeli singer Netta Barzilai in the European song contest, referred to the recent events on the Gaza border, where dozens of Palestinians have been killed in clashes with the Israeli Defense Forces.

However, the caricature backfired, as one of the readers of Jewish heritage published an open letter on her Facebook page, demanding that Israel should not be “demonized.” A wave of criticism on social media followed, as some commentators slammed one of the oldest German newspapers, with its 1.1 million readers, for anti-Semitism.

Antisemitism in @SZ — Is there any Editor who would have spotted this obvious Stürmer caricature?? How can this pass? Shame on you Süddeutsche Zeitung @SZ https://t.co/0LDQhwFuZK

"One could see it differently" is a typical evasion. It's not the first time, and it won't be the last that @SZ will print an antisemitic caricature.

This @SZ caricature is not only antisemitic in its symbolism. It's also unfair towards @NettaBarzilai. Why should the artist stand proxy for the politics of her country? That's like holding #EltonJohn responsible for Brexit. https://t.co/SeFRwyLeqI

In the best "Stürmer“ manner — Süddeutsche- Newspaper (SZ) with their caricature of the Jewish destroyer of the world with a big nose and ears. It is unbelievable that such a thing will be possible again in Germany in 2018.@IsraelinGermany @realDonaldTrump
Netzfund: pic.twitter.com/HgfVhZQ5KV

​The cartoon was pulled out; the ZS’ head in the statement, published by the paper, reads:

“The cartoonist said he merely wanted to point out that next year’s contest will be held in Israel. But one can also see it differently, and it could be considered anti-Semitic. Thus it was a mistake to publish it, and we apologize.”

According to him, the cartoonist only wanted to stress that the next Eurovision finale will be held in Jerusalem.

Meanwhile, caricaturist and journalism veteran Dieter Hanitzsch  has said in the interview to local Jewish website Juedische Allgemeine he doesn’t share the message. He stated that allegations that the caricature is anti-Semitic “don’t affect me. I did not mean it that way. I would like to be able to criticize Netanyahu’s policy, even as a German.”

“That the editorial apologized is their business. I do not apologize,” he said.

Since March 30, Palestinians have been holding mass rallies near the Gaza Strip border, known as the Great March of Return. The clashes between the Palestinian rioters and the Israeli forces in Gaza intensified on May 14  as the United States opened its new embassy in Jerusalem. A total of 61 Palestinians were killed and over 2,700 were injured during the clashes.

Top Israeli defense official has brushed off concerns about the actions of the Israeli military in the Gaza Strip this week, blaming the Hamas leadership and Palestinian protesters for the recent outbreak of violence.