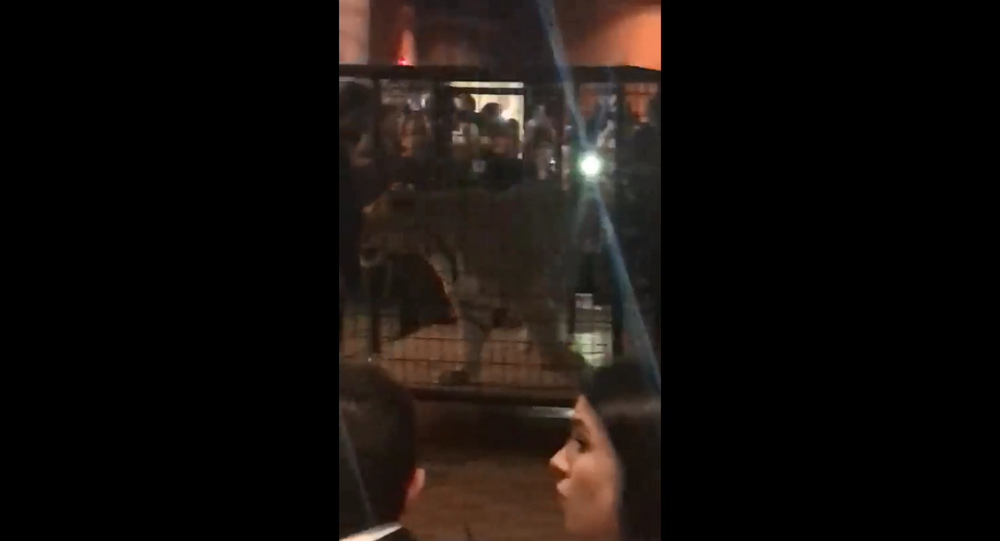 Video of the pacing cat was shared on Facebook Saturday by Mari-Cris Castellanos, a prom-goer's sibling, a day after the prom was held at the DoubleTree Hilton Miami Airport Convention Center.

"How shameful for Christopher Columbus High School… showing its students on prom night who is the ‘king of the jungle,'" Castellanos wrote in the Facebook post. "This poor tiger was used as an EXOTIC amusement for the mindless teenagers who were present, it is not the student fault to be so naive BUT it's the CCHS STAFF who arranged this event, therefore they are responsible for this tiger's misery."

© Photo : Pixabay
The Lady, Not the Tiger: Indian Woman Fights Off Tiger With Stick, Lives to See Another Day (PHOTO)

Castellanos later added several tags to her post that suggested the school's decision to have the animal at the event was #AnimalAbuse.

However, the striped cat wasn't alone: many exotic animals were brought to the venue.

According to NBC News, the entertainment company hired by the school also brought in a lemur, two macaws and a fox, with which students were allowed to pose for pictures.

Responding to increasing concern, the school later issued a statement saying that the tiger was on display for a few minutes in a "controlled situation" and that two officers with the Miami-Dade Police Department were present.

"The animals were provided by facilities that are licensed by the Florida Fish and Wildlife Conservation Commission," a statement from the school reads. "The tiger, which was displayed for a few minutes in a cage, was never harmed or in danger, was not forced to perform, was always accompanied by his handlers, and for the great majority of the time was lying down in a relaxed state facing away from the audience."

In an additional statement by the school, Principal David Pugh wrote that he was apologetic about the issue and that the staffers "understand how some individuals may be concerned."

"Moving forward, we will evaluate our current policies and procedures in the planning and management of school events, including the impact these events have on others," the statement said. "We all have learned a great deal from this experience."

The Florida Fish and Wildlife Conservation Commission told NBC News that it will be launching an investigation into the matter.

Roaring Mail: Parcel With Tiger Cub Inside Detected in Mexico