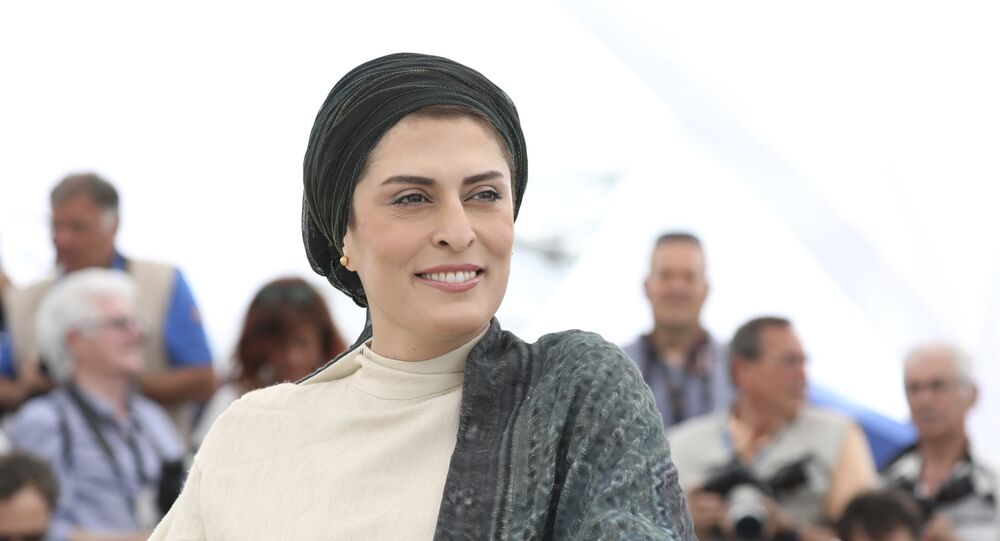 Behnaz Jafari, an Iranian actress and noted feminist, said in an interview that sexual abuse is a “global phenomenon” but noted that she has never faced the behavior in Iran.

"What happened with Harvey Weinstein — is not a problem of a single country, but a global phenomenon," said Jafari, who was promoting a movie by detained dissident director Jafar Panahi.

However, she offered that she had never faced sexual abuse in her own country.

"There is somewhat different experience with this issue in Iran," she said, "but this is, undoubtedly, a problem of the whole world."

The dissident director Jafar Panahi is currently under house arrest in Iran. In 2010, he was banned from making movies for supporting protests against the 2009 election and accused of participating in propaganda against the government.

Panahi shot his movie in violation of the ban. Despite that Iranian authorities have banned Panahi's movies, the Cannes movie festival chose to show the movie.

© AP Photo / Frank Augstein
UK Welcomes Iran's Intention to Keep Nuclear Deal After US Exit - Downing Street
Mastaneh Mohajer, Panahi's editor, said "all [Panahi's] films focus on feminist issues," according to the Times of Israel. Earlier this year, Iranian police arrested 29 women for what they said was a violation of public order after the women removed headscarves and waved them on a stick in public.

Panahi is not the only outlaw director whose movies have been shown at Cannes. Russian director Kirill Serebrennikov, whose movie was also premiered at Cannes, is accused of stealing of $2.3 million of government funds through his theater company and barred from traveling abroad.

The festival reportedly turned to Russian President Vladimir Putin with a plea to let the arrested director attend the premiere of his movie "Summer" at Cannes, but, according to Spectrum News 13, festival officials received a letter from Putin's office stating that the president said that he "would have been pleased to help, but in Russia justice is independent."