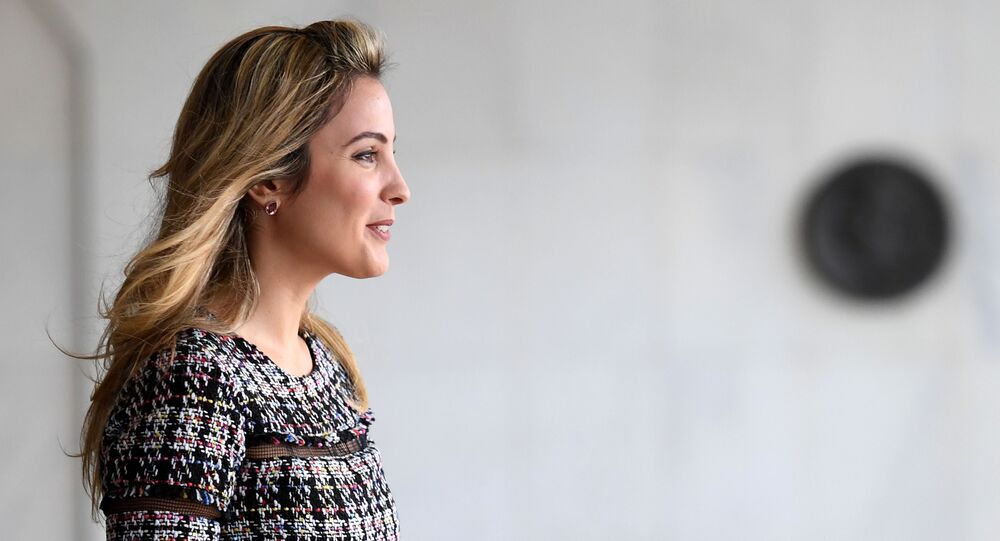 One of the two dogs that live with the Temer family was innocently chasing ducklings in a lake by the presidential palace, but all of a sudden began to submerge into the water on its way back to shore. This is when the former beauty queen made a split-second decision and was certainly right.

Marcela Temer, wife of Brazilian President Michel Temer, jumped with her clothes on into the water to rescue her drowning Jack Russell terrier Picoly, Brazilian media reported. At the time, she was strolling with her son Michelzinho round the lake near the futuristic Palácio do Planalto in Brasilia, where the family moved two years ago in the wake of former President Dilma Rousseff’s impeachment.

The news has surely triggered an eager response on Twitter. Marcela Temer, frequently billed the world’s most beautiful first lady, has become a central figure in memes depicting the rescue and has earned a great many thumbs-up from Internet users.

"Exclusive footage of Marcela diving to rescue her dog"

"Marcela Temer jumps in the lake and saves her dog.
Aaaa she is a heroine, and no one thought about this before??"

Some, however, have mocked her, saying the dog, obviously, could no longer tolerate the family, or have cited a number of media reports that claim that the security officer who had denied her help was later dismissed.

Brazil's first lady and I have something in common: We've both jumped into dangerous bodies of water to rescue a dog. The difference, I jumped in to save a total… https://t.co/Iwz34ChE3F

🇧🇷Brasilia
Brazil's First Lady @MarcelaTemer jumped fully clothed into a lake at the Presidential Palace! To rescue her Picoly, a Jack Russell.

A security agent who refused to help rescue the dog was dismissed!

Was that part of his/her job description?pic.twitter.com/uSAvsUSOvl