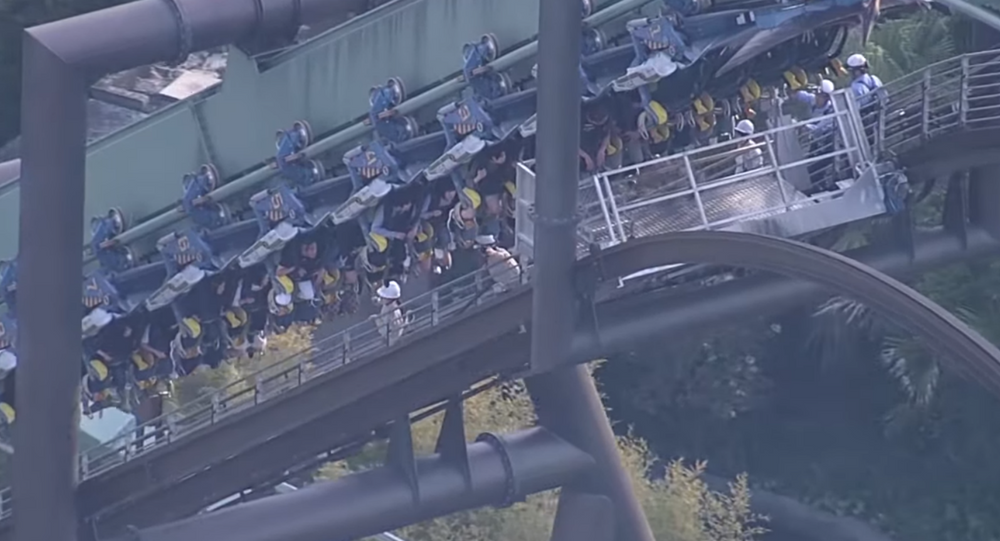 A total of 64 passengers aboard the Flying Dinosaur roller coaster at Osaka's Universal Studios Japan were left hanging ‒ literally ‒ for roughly two hours on Tuesday after the ride's emergency stop was activated by operators.

According to local media reports, the ride was halted around 4:45 p.m. local time after the emergency system was triggered by a motor-regulating device on the tracks. Passengers riding on the Jurassic Park-themed coaster were then left dangling some 100 feet above the ground on the track. (Yikes!)

​Video footage and photos of the incident show dozens of riders waiting to be rescued as theme park operators work to remedy the situation. Officials used a special carriage to detach riders from their seats. They were later escorted along the ride's stairway to safety.

​Overall, it took a more than two hours before everyone was safely evacuated. No injuries were reported.

Strangely enough, despite the incident, people still decided to board the ride once operations resumed shortly after 7 p.m. local time, Japan Times reported.

According to Kyodo News, the ride, which launched in March 2016, peaks at 121 feet above ground.