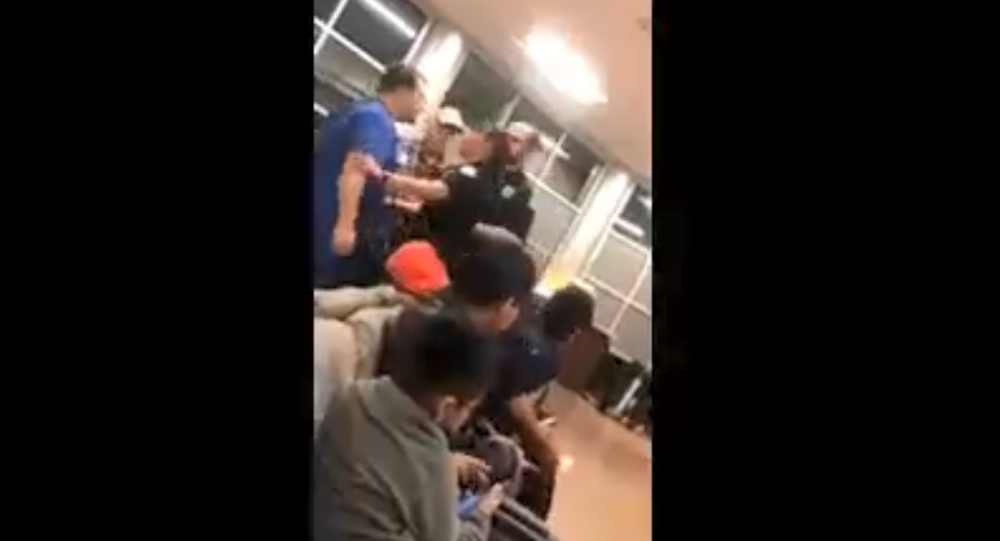 Tennessee police used a taser stun gun on a nurse at Erlanger Hospital in Chattanooga on Thursday after he refused to leave the emergency room where his mother was being treated. Officers charged the nurse with two counts of assault, resisting arrest and disorderly conduct.

According to reports, 42-year-old Roger W Davis, a nurse at the hospital, was arguing loudly with the hospital's staff in the lobby on Thursday. Davis' mother was reportedly being treated in the hospital's emergency room at the time, though it is unclear what Davis and the staffers were arguing about and whether it involved Davis' mother.

​Davis allegedly refused to leave the hospital after officers arrived at the scene and asked him to exit the building. The video footage shows Davis' father, who was also in the hospital, urging Davis to comply with the police officers' orders.

Police reports state that after officers ordered Davis to leave the hospital, he started swinging his arms and punched an officer in the face.

"Mr. Davis started swinging his arms in an attempt to keep me from making him leave," Officer Sarah Rogers claimed in an affidavit. Rogers was one of the two officers involved in the incident.

"Immediately, Officer Woody and I attempted to take Mr. Davis into custody. Mr. Davis continued swinging his arms and fists at one point punching Officer Woody in the face, busting his lip. Officer Woody and myself continued to command Mr. Davis to put his hands behind his back and to quit fighting the police. Mr. Davis made no effort to stop his fighting or comply with any commands given by either one of us," the affidavit, which was obtained by WTVC, adds.

However, witnesses who were in the emergency room at the time and captured the altercation on their phones have a different version of the story.

"When they pulled out the taser, that's when the nurse said he had a heart condition," witness Ethan Raymond told WTVC, adding that Rogers escalated the incident.

"She [Rogers] was way out of line," Raymond said. "I just know what I saw was the cop that's supposed to diffuse it and instead she was the aggressor from what I saw."

"It's the cop who hit him in the face, it's the other way around," Raymond noted.

"He was trying to leave but the woman kept stopping him, it was almost like she was wanting to pick a fight."

Davis was later taken to the Hamilton County jail where he was charged with two counts of assault, resisting arrest and disorderly conduct.

In a recent statement, Erlanger Hospital spokesperson Jennifer Tittsworth wrote, "Erlanger would like to thank our associates, security and the Chattanooga Police Department for containing the situation that occurred on the evening of April 26 and ensuring the safety of our patients, visitors and staff. Because of their diligence, patient care in the emergency department was in no way impacted as a result of this isolated incident," WTVC reported.