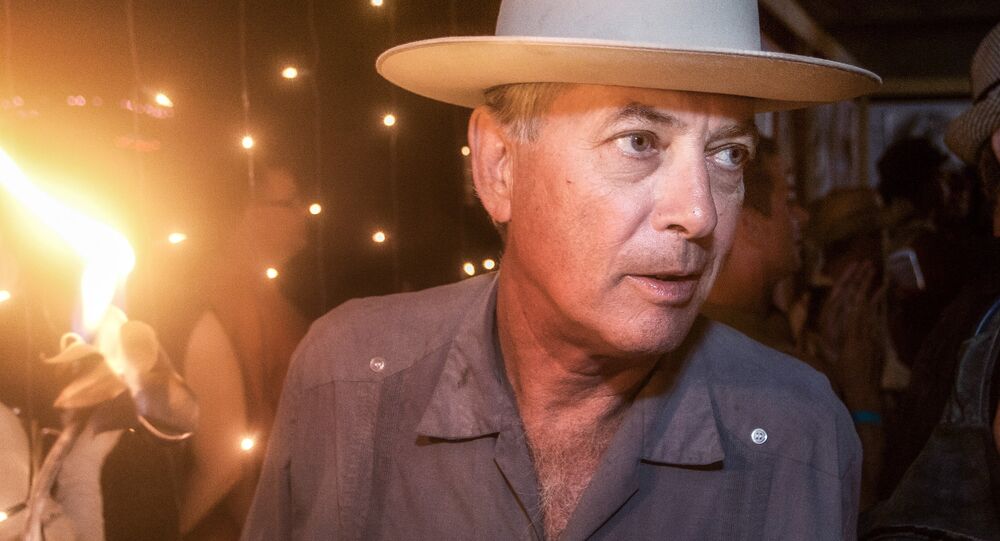 The Man Will Burn Without Him: Burning Man Co-Founder Larry Harvey Dead at 70

Larry Harvey, co-founder of the notorious Burning Man annual art festival, has died, one month after suffering a massive stroke.

While the cause of Harvey's death has not been released, a family statement noted that he died in a San Francisco hospital, and was surrounded by his family.

Harvey is credited with co-founding one of the most influential performance art events in history, the Burning Man festival: a weeklong impromptu city of 70,000 participants that arises annually on a dry alkali lakebed in northern Nevada — a spectacularly inhospitable environment.

Unlike art festivals of the past, in which attendees would pay a fee to observe creations, the Burning Man festival promoted itself from the beginning as an inclusive event with ‘No Spectators."

Begun in the late 1980s as an outgrowth of a whimsical desire to burn a wooden statue on a small San Francisco beach, Harvey's idea morphed into a desert extravaganza that became so popular it fomented a backlash as ticket prices and attendance soared.

By the turn of the century the festival had transformed not only the surrounding towns and cities, it had caused a global art movement, as smaller satellite events under the Burning Man rubric sprang up around the globe.

Harvey became the father figure of a $30-million-a-year performance art movement, receiving some $200,000 annually for his creation. In spite of his apparent success he never gave up his tiny one-bedroom rent-controlled apartment in the Alamo Square section of San Francisco, where he lived alone until the end of his life.

The adopted son of Oregon potato farmers, Harvey in 2011 at the age of 63 acknowledged a difficult upbringing, noting that he was no longer afraid of his dad.

"I'm 63, and I finally don't have to justify my existence to my father," he said, cited by Sfgate.com.