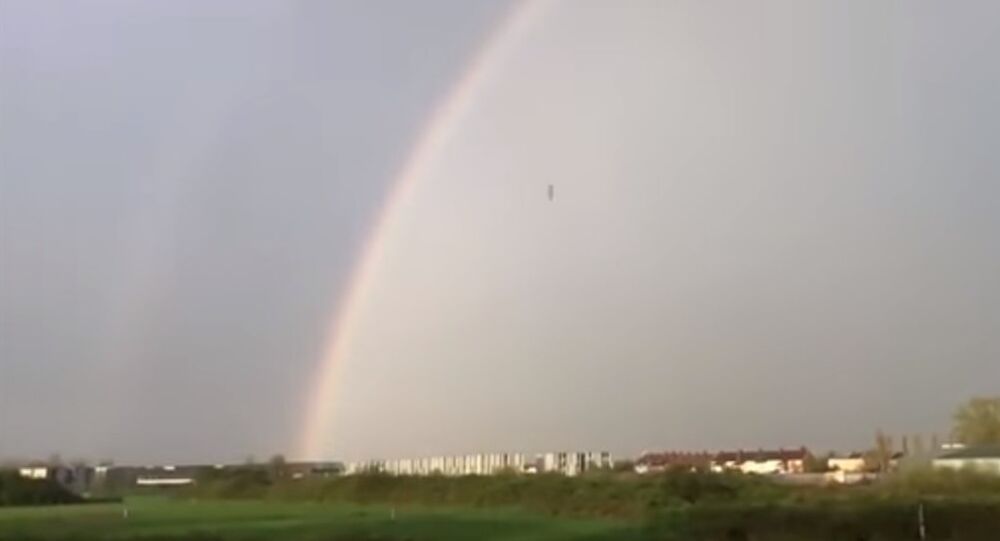 An enigmatic object plummeting towards earth during a thunderstorm in Britain leaves people wondering whether it was some naturally occurring phenomenon or a UFO.

A local resident filming a storm in Bridgewater, Somerset, had accidentally recorded what appears to be a large black object plummeting towards the ground from a rainbow.

Several media outlets were quick to note that the scene looked strangely similar to an episode from the 2005 sci-fi movie "War of Worlds" where aliens descend upon the Earth in dark pods during lightning storms.

More pragmatic viewers, however, offered more realistic explanations, ranging from an airliner’s frozen sewage waste to a speck of dirt running down the camera’s lens.

Nigel Watson, author the Haynes UFO Investigation Manual, also pointed out to MailOnline that "such an apparently big object would have made a big impact on landing but nothing of this nature has been reported," thus concluding that the phenomenon was "something mundane rather than the start of a Martian invasion."