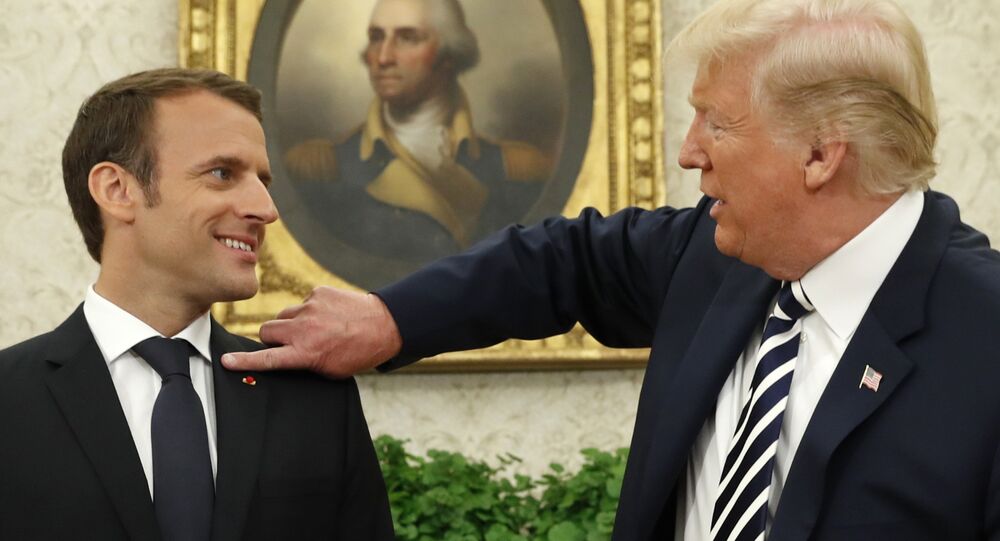 Speaking with reporters in the White House Oval Office on Tuesday, US President Donald Trump took a moment to brush off a speck lying on French President Emmanuel Macron's jacket, remarking that he needed to look "perfect."

Prior to the presidential swipe, Trump told journalists that the close relationship between the two leaders was in fact "special" and that it wasn't just "fake news."

"So it's really great to be with you and you are a special friend. Thank you."

Moments after the flicking incident, Twitter went into overdrive with reactions.

​Macron is in the US capital of Washington, DC, this week to attend an official state dinner at the White House and to discuss global policy, including the Iran nuclear deal that Trump has continuously criticized and threatened to walk away from. This will be the first state dinner that Trump has hosted.