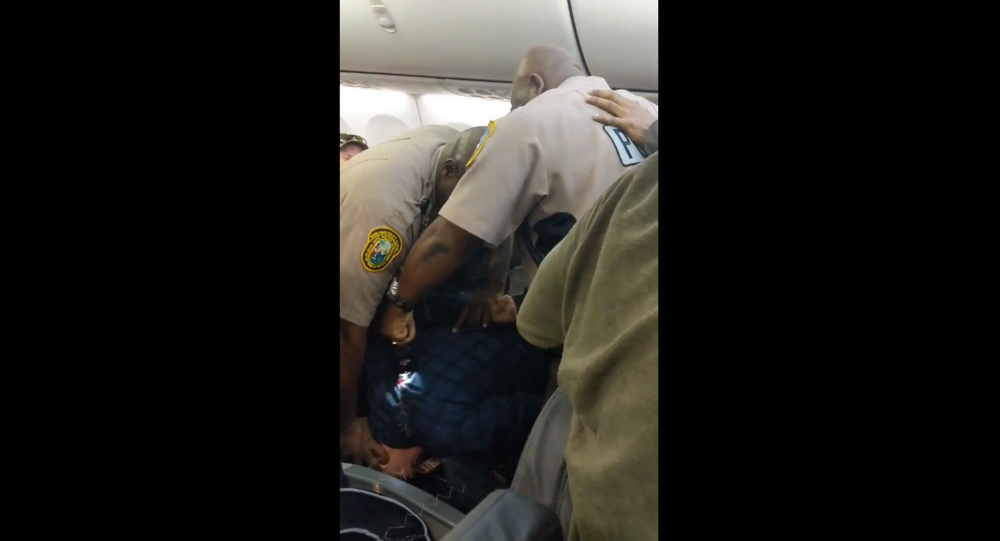 A passenger onboard an American Airlines flight was shocked with a taser stun gun by officers from the Miami-Dade Police Department on Sunday after resisting arrest. Officers were called to the plane at Miami International Airport after the man allegedly fondled a woman and yelled out racial slurs at another couple on the flight.

Video of the incident was recorded and later uploaded on Twitter by Jabari Ennis.

​Throughout the arrest and the moments he was shocked, 28-year-old Jacob Garcia repeatedly asked the officers why he was being detained. Another passenger responding to Garcia is heard saying, "well you just assaulted a lady, for one, and you're racist, for two."

The roughly two-minute recording shows Garcia fighting officers and trying to swat away the taser.

According to police, the altercation began when Garcia touched a woman without her permission and began to argue with the woman's boyfriend. When Garcia refused to get off the plane, officers were called to the scene.

"Once law enforcement was on the aircraft, the passenger then became combative with the officers from the Miami-Dade Police Department," American Airlines said in a statement to ABC News. "The same passenger was subsequently arrested by law enforcement."

A second video shared on Twitter by traveler Kaitlin Waters shows Garcia continuing to be combative with officers as they escort him from the terminal.

​With all passengers of Flight 2446 having been forced to deplane because of the incident, loud cheers were heard from the group as officers whisked Garcia away from the terminal on a security golf cart.

After Garcia was removed from the airport, he allegedly tried to grab the handgun of an officer and attempted to kick out the window of a police car. He was later charged with battery, resisting arrest, disorderly conduct and depriving an officer of their means of protection.

Garcia is being held on $9,000 bond pending his hearing, NBC Miami reported.

The flight, which was traveling from Miami to Chicago, was delayed by an hour.