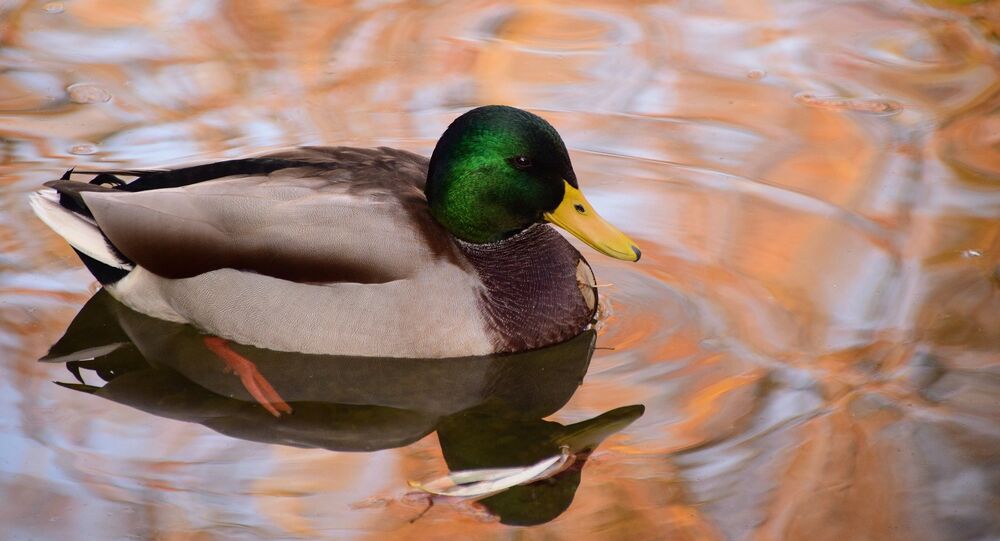 Charge It to My Bill: Police Speed Cam in Switzerland Snaps Speeding Duck

A duck's high speed flying through the town of Koniz, Switzerland has been caught repeatedly by a police speed camera.

Koniz's official Facebook community posted a picture of the offending male duck, who was caught flying through the town over 20 klicks above the local speed limit. Had the duck been a human driver, he would have qualified for a minimum one month driving suspension and a hefty fine dependent on his income.

Police confirmed that the duck was first caught flying 52 km per hour, 22 km above the towns 30 km/h speed limit. Several days later, what is thought to be the same duck was again snapped flying at similarly dangerous speeds.

© Photo : Youtube/ViralHog
River of Ducks Crossing Road Hinders Movement in Vietnam
Koniz's official Facebook community joked that it remained unclear where to send the fine for the duck's speeding.

Swiss police calculate fines based on the offenders wealth, regularly resulting in what drivers in other countries might consider outrageous tickets. Earlier this year, a Swiss pharmaceutical tycoon was fined 310,000 Swiss francs ($320,000 US) driving 88 km p/h in a 50 zone.