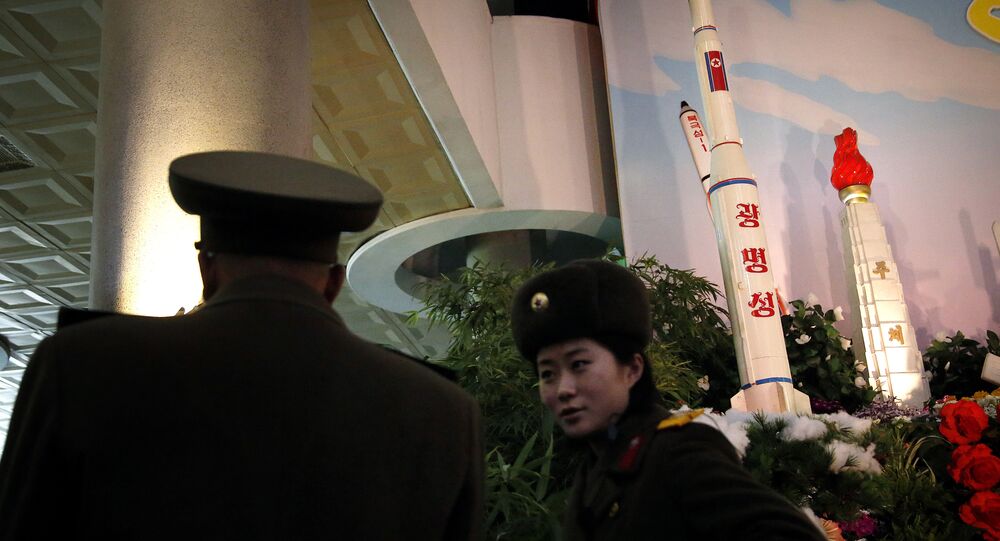 Another big step from “little rocket man,” as Donald Trump once dubbed North Korean leader, has pitted Twitters against one another. Waves of joy, distrust and a great deal of fun followed a news release from Pyongyang, which has given up ballistic missile and nuclear weapons testing.

The country's military will put an end to nuclear testing by April 21, according to the state-run KCNA news agency. Juche leader Kim Jong-un stated that North Korea's only publicly known nuclear weapons testing facility "will shut down" in order "to prove the vow to suspend nuclear tests."

In his statement, he also says that the North Korean leadership seeks a “favorable” international environment to put the country’s economy “on an upward spiral track.”

However, North Korean leader Kim Jong —un left a retreat option for his republic, saying that the country's nuclear weapons would only be used if his country found itself under attack, and that its nuclear and weapons technology would not be handed over to third parties.

Kim’s courtesy has come just days before his meeting with South Korean President Moon Jae-in; in May or June, there were breakthrough talks between Kim Jong-un and US President Donald Trump, who had agreed to meet earlier this year.

One of the early birds to react on Twitter was Donald Trump, loyal to his habit of making diplomatic announcements on social media.

His supporters praised the diplomacy breakthrough, giving the credit to their president.

Having a weak president who lives on the idea of “strategic patience” creates the North Korea nuke problem.

Having a strong president who talks tough, resolves the North Korea problem

Some even went as far as claiming that this US President deserves the same international acknowledgement once granted to his predecessor.

However, many were not so optimistic, and called not to set expectations too high.

Worth noting: North Korea doesn't say anything about scrapping nukes and ICBMs, just no more tests, and repeats it won't use them first.

Reality check on what North Korea *actually* said today: Because it has “verified the completion of nuclear weapons,” it no longer needs to test nukes or missiles and it no longer needs its test site. No suggestion it will give up any of this.
https://t.co/LDNsZiAScW pic.twitter.com/wRjoUmim7m

Can't trust Kim entirely, but yet another VERY positive step.

North Korea actually said that because it has “verified the completion of nuclear weapons,” it no longer needs to test nukes and missiles or use this test site.

Not quite 'Mission Accomplished' yet. https://t.co/VPfq1KnVKd

Others preferred just to make fun of the latest events, connected with Trump and the controversies of his presidency…

North Korea's Kim Jong-un will be writing a book about losing his Nukes to Trump… I hear he plans to call it "A Higher Nuclearty".

… or mocked  “negotiation skills” of Trump’s Administration as well as suspicious timing.

North Korea calls off nuke testing, and it didn't even cost us a pallet of cash.

Or maybe it’s because his missiles keep failing. pic.twitter.com/t1XP97mWiM

Here's the Country That May Host Long-Awaited Kim-Trump Talks