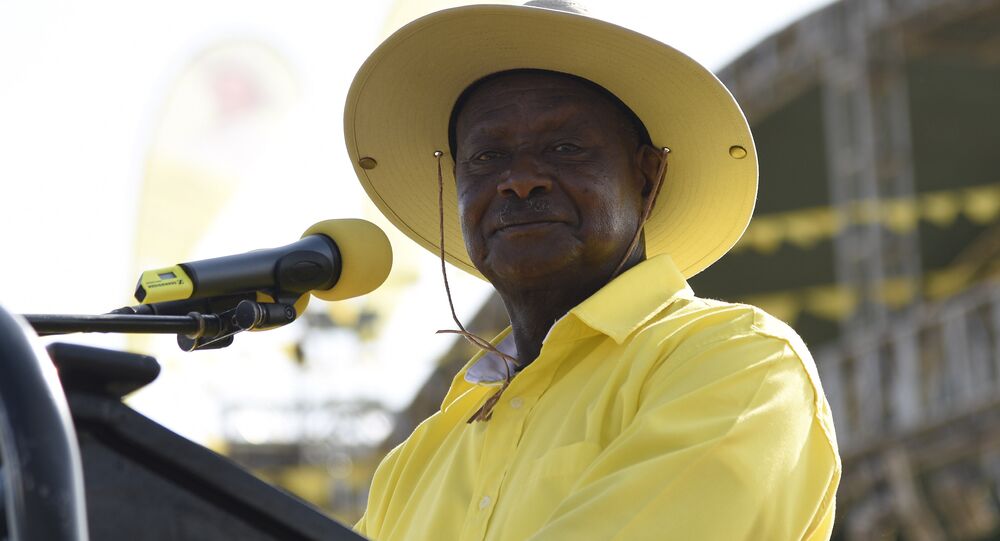 What a Buzzkill: Uganda President to Ban 'Oral Sex', Says Mouth is for Eating

The country's president is well-known for his criticism of "untraditional sex practices." Earlier, he imposed a ban on consensual gay sex in Uganda, putting into place one of the harshest penalties for the act in the world.

President of Uganda Yoweri Museveni has in his latest speech slammed sexual practices "promoted by outsiders," warning his country's citizens against engaging in them. He clarified his firm stance on the "untraditional" practice by saying that one's "mouth is for eating, not for sex." Although it was a public warning, no law, banning the "wrong practice," has so far been implemented.

"We know the address of sex, we know where sex is," the Ugandan president said.

Twitterians largely laughed at the president's statement, some of them asking how the ban could possibly be enforced, while others wondered what the origins of the idea were.

How is Uganda going to enforce the oral sex ban?🤣🤣

Ignorant anti-#GAY president of #Uganda says he wants to ban the nation's citizens from practicing oral sex because 'the mouth is for eating'. What a BLOW.

President of Uganda Yoweri Museveni is warning against #Oralsex.
When you're 73 and no one wants to blow you. #deadwillyhater pic.twitter.com/aNBafFSrjD

Four years ago, Museveni signed a severe anti-LGBT law that bans another "wrong practice" — gay and lesbian sex, after calling gays "disgusting." The penalty for violating the law is one of the harshest in the world — a life sentence, although a death sentence had originally been planned. What is more, the law threatens jail time for those that support gays and lesbians in Uganda.

It is not the first time Yoweri Museveni expresses his concern about oral sex. After signing his anti-LGBT bill, he said that another troubling issue is gay oral sex, because those who practice it "can come back with worms." He didn't elaborate.