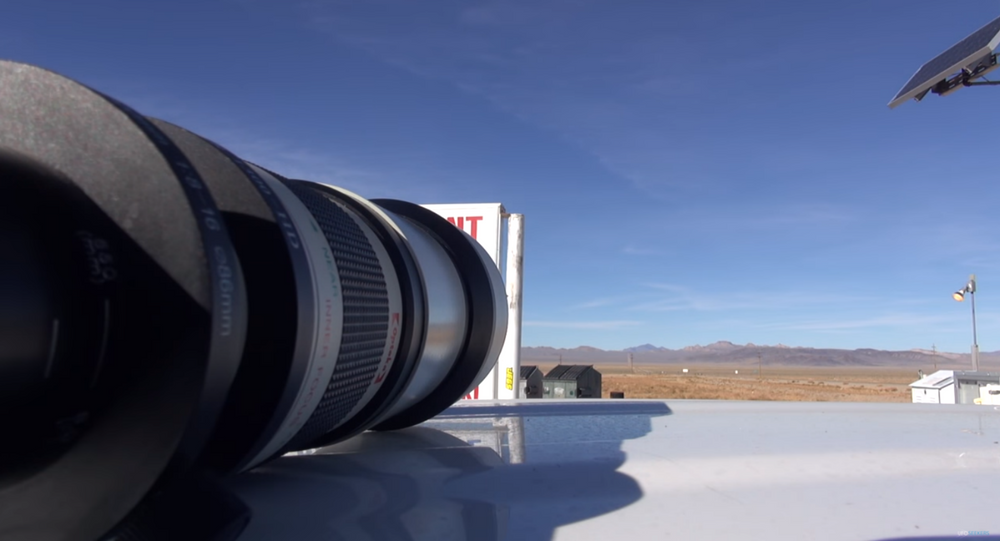 VIDEO of Mystery Booms in US Sets YouTube on Fire

Residents of several US states are wondering if there is a secret government program running under their feet.

Homeowners in Cleveland, Ohio, are talking about strange booming noises they occasionally hear coming from somewhere deep underground while no earthquakes have been recorded in the area.

One such weird phenomenon was captured by a local CCTV camera and posted online by alarmed residents.

© CC BY-SA 4.0 / Gabor Szilasi / Halo phantom-sun
Sun Halo: Rare Weather Phenomenon Spotted in Brazil (PHOTO, VIDEO)
Local residents say they have grown used to these booming sounds which were first recorded in Arizona and have since also been captured in Texas, Alabama, Georgia and Rhode Island.

The latest such event has left many scared to see their floorboards shaking and pieces of their homes starting to break off the foundations.

A complete lack of any official explanation has led many locals to believe there is a system of underground tunnels being prepared by the government in preparation for WWIII.

The video was uploaded to a YouTube channel on Saturday has since racked up more than 350,000 views.

In January 2018, there were multiple reports of loud “booms” and the ground also shaking in Michigan, South Carolina, Georgia and across the Atlantic, in Britain, with no earthquakes reported in either area