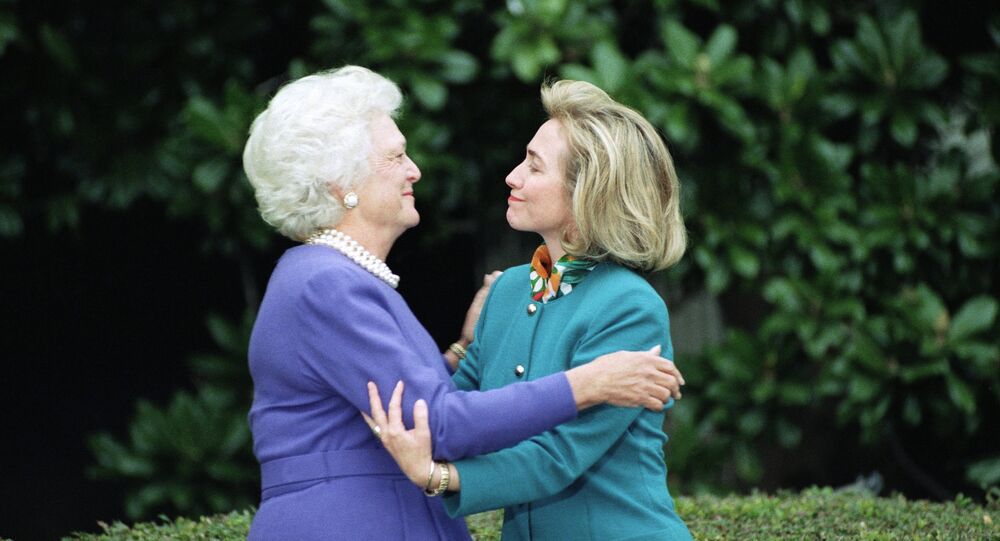 Barbara Bush, wife and mother to two US presidents, has opted out of curative treatment, citing failing health issues, and will only seek palliative care, according to a statement from the office of her husband, the 41st US president, George H.W. Bush.

In a statement from the office of her husband, the former first lady will now "focus on comfort care," leading to speculation regarding her legacy at the end of her life.

"Following a recent series of hospitalizations, and after consulting her family and doctors, Mrs. Bush, now age 92, has decided not to seek additional medical treatment and will instead focus on comfort care," a spokesperson for her husband's office revealed, according to People.com

"It will not surprise those who know her that Barbara Bush has been a rock in the face of her failing health, worrying not for herself — thanks to her abiding faith — but for others. She is surrounded by a family she adores, and appreciates the many kind messages and especially the prayers she is receiving," the statement added.

Notorious for her fiercely-held loyalty to her wide-ranging family, as well as to the Republican party that has supported her dynasty, the former first lady was known to be feared by many, but respected by all.

Only two years ago, on the occasion of her 90th birthday, she let it be known that, unlike her husband, she would not celebrate the event by leaping out of an airplane and skydiving.

"I'm too smart to jump out of a perfectly good plane," she stated flatly, adding, "I am not an idiot," cited by People.com

Her husband, now 93, was recently diagnosed with vascular Parkinsonism, and was hospitalized many times in 2017, fighting bronchitis and pneumonia.