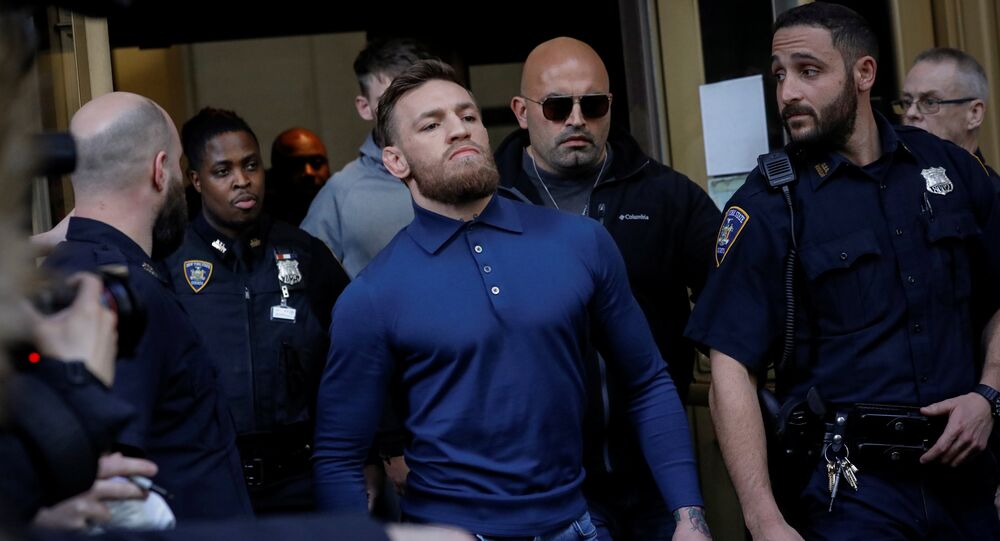 A recent altercation in Brooklyn involving famous UFC mixed martial artists has apparently led to unexpected consequences on the other side of the Atlantic when a new brand of poultry was spotted in one of Russia’s stores.

People shopping at a supermarket in the Russian city of Makhachkala were apparently in for quite a surprise when they stumbled upon poultry on sale that was literally labeled "Conor McGregor."

The store is located in the hometown of UFC fighter Khabib Nurmagomedov who was apparently the target of McGregor’s attack that occurred in New York last week, when the Irishman lashed a van carrying fellow UFC fighters who were leaving the Barclays Center in Brooklyn.

It was previously speculated that the chaotic scene stems from an announcement by UFC President Dana White that McGregor's lightweight title, which he claimed in 2016 at UFC 205, will be officially stripped this weekend and will be claimed by either Max Holloway or Khabib Nurmagomedov, who was also in the bus.

Other reports claimed that the attack was in "retaliation" for a hotel altercation between Nurmagomedov and Artem Lobov, a teammate and good friend of McGregor's, earlier in the week.