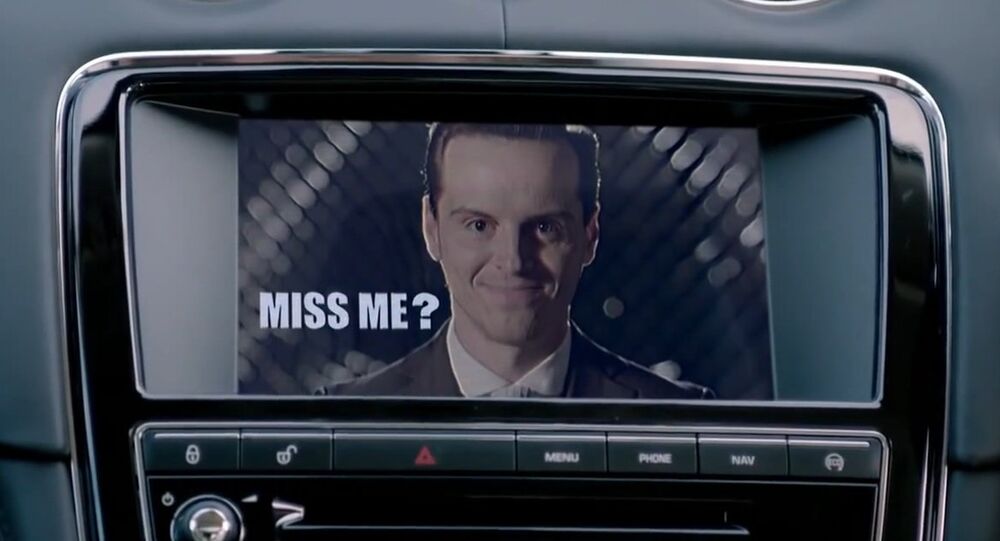 The diplomatic row over the Skripal case is becoming to look like an angry book club meeting up, as the rivals use more and more fictional analogies to attack the opponents, puzzling social media users .

The UK envoy to the UN Karen Pierce compared Moscow to Sherlock Holmes’s archenemy as she commented on the Russian appeal to join to the OPCW probe into the poisoning of former spy Sergei Skripal. London accuses Moscow of committing the crime.

“Allowing Russian scientists into an investigation where they are the most likely perpetrators of the crime in Salisbury would be like Scotland Yard inviting in Professor Moriarty,” Pierce told reporters, in a nod to Sir Arthur Conan Doyle's charismatic mystery villain.

This is how she apparently reacted to the a week-old comment from her Russian colleague Vasily Nebenzia, who compared the UK with Inspector Lestrade, known for his wrong and hasty conclusions.

The mainstream media also got roasted by the Russian UN Ambassador. During the UN Security Council meeting, journalists were accused of adopting the same principles as Nazi chief propagandist Joseph Goebbels, citing his method that “Lies told a thousand times become truth.” He dubbed the media the worst weapon for manipulating the human mind.

At the meeting, the diplomats kept on poking each other using references to fiction.

Commenting on the British versions of Skripal case, Nebenzia pointed out that the British conspiracy found inspiration in crime shows like Britain’s “Midsomer Murders” which would suggest “hundreds of clever ways to kill someone.”

Nebenzia concluded the meeting with a passage from “Alice in Wonderland” where the Queen demanded the sentence before the verdict, asking the audience “Does that remind you of anything?”

Pierce fired back with a quote from the same book.

“There is another very good quote from Alice in Wonderland which is: ‘sometimes I’ve believed as many as six impossible things before breakfast’ so I think that’s the quote the suits my Russian colleague best,” told the UK envoy.

The literature analogies were highly appreciated.  Some even used them to promote reading.

Today, Russia compared Britain to the Queen of Hearts in Alice in Wonderland. The UK responded that allowing Russia into the investigation of poisoning would be like Scotland Yard inviting Professor Moriarty to join the force. If you don't read, you don't get it. #Read

I am glad to see you are in keeping with the fictional narrative, by naming Prof Moriarty. You bunch of #Liars pic.twitter.com/u6liMVyza5

​However, some were irritated the UK doesn’t take it serious enough.

Glad you think this is a joke. UK is becoming a laughing stock atm with this and actions of UK police. Do the right thing and start acting professionally. British people are more concerned with lack of protection of actual British citizens. Not your personal spat.

So unamused you find this so funny. You won't be laughing from either a prison or a nuclear bunker and the last thing you will ever see are mushroom clouds. All caused by YOU. A liar and war mongering toad. Why have you not been sacked yet? It's YOU who is Professor Moriarty. 😡

She obviously went to the same school of diplomacy as @BorisJohnson
They could benefit from listening to the measured eloquence of Russian Ambassador to the UK, @Amb_Yakovenko #PortonDown

Ridiculous analogy. Moriaty was a fictional character. That said much of the UK's output appears fictional.
'Failed resoundingly'? Really, what is the problem with them being present at least as observers? Nothing to hide etc.https://t.co/MQfiqrWRjw

​However, this isn’t the first fiction reference duel the world has witnessed over the Skripal case.
Earlier the head of the UK Foreign Office Boris Johnson compared the events with Feodor Dostoevsky’s novel “Crime and Punishment.” Spokeswoman for the Russian Foreign Ministry lambasted him for his superficial knowledge of the Russian literature and advised him to read Dostoevsky more attentively.

Former Russian spy Sergei Skripal and his daughter Yulia were found unconscious in the southern English city of Salisbury on March 4, 2018 following what the British authorities claim was a chemical attack, allegedly involving the nerve agent A-234.

Following this development, London promptly blamed Moscow for carrying out this alleged attack and initiated a series of punitive measures, including the expulsion of nearly two dozen Russian diplomats and the freezing of bilateral contacts. Many of the UK's allies, including the US and a number of European states, were compelled to follow suit.

Russia has rejected London's allegations, citing a lack of evidence, and calling for a joint investigation into the Skripal case. This week, the head of the Porton Down chemical weapons lab admitted that contrary to earlier claims made by Foreign Secretary Boris Johnson, they'd failed to conclude that the poison used in the Skripal case was of Russian origin.