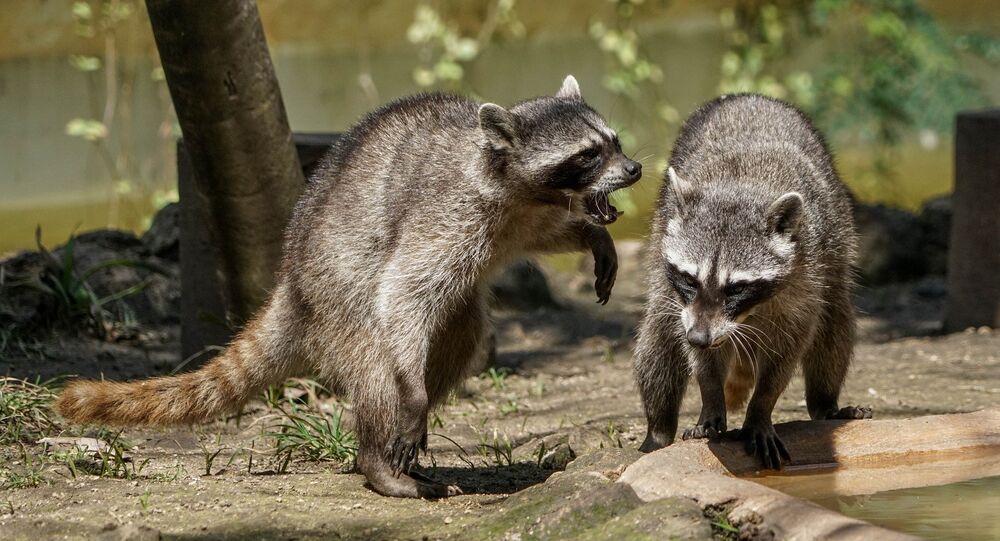 A US town reportedly became beset by a plague of raccoons that behaved in a bizarre fashion resembling that of the ‘living dead’ from horror movies.

Recently police officers in the city of Youngstown, Ohio found themselves dealing with a new and unusual problem – raccoons that behave like zombies, WKBN-TV reports.

"He would stand up on his hind legs, which I’ve never seen a raccoon do before, and he would show his teeth and then he would fall over backward and go into almost a comatose condition," one eyewitness said, describing his encounter with such a raccoon.

© AFP 2020 / PATRICK PLEUL
Scientists Fear Deadly ‘Zombie Deer Disease’ Could Soon Make Leap to Humans
According to him, the animal continued to repeat this pattern over and over, and exhibited no desire to leave despite the man’s attempts to scare it away.

Ohio Department of Natural Resources representatives cited by the media outlet, saying that the animals were likely suffering from a disease called canine distemper.

The following video illustrates the symptoms of distemper exhibited by a raccoon, though as WKBN-TV points out, it was not recorded in Youngstown.

The police had to respond to 14 similar situations over the course of the past three weeks, and all raccoons they encountered were ultimately put down, the media outlet adds.