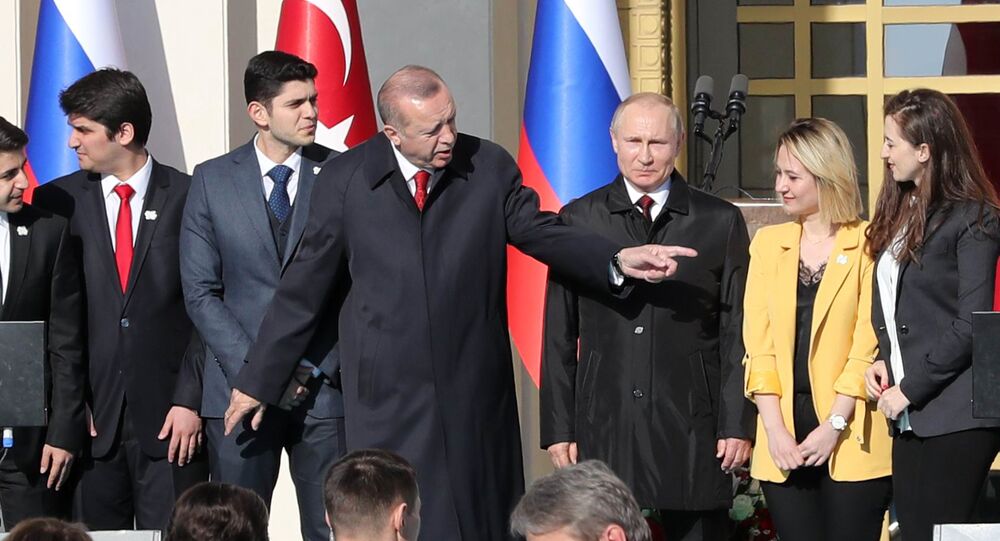 A Kodak Moment: Erdogan 'Steals' a Lady From Putin for Photo Op (VIDEO)

As the Russian and Turkish leaders posed for a photo op during Vladimir Putin’s official visit to Ankara, President Erdogan apparently became concerned by the fact that there were only men on his side of the group photo, while the Russian president had three lovely ladies standing right next to him.

In a diplomatic attempt to 'balance out' the photo before the shutter snapped, the Turkish president urged one of the ladies to stand next to him as Putin gazed at these manipulations with a smile.

On April 3, Russian President Vladimir Putin arrived in Ankara to hold talks with his Turkish and Iranian counterparts.

During his first official visit since his March re-election, Putin is expected to discuss a host of important political and economic issues with Erdogan, including the construction of the Akkuyu nuclear power plant and the delivery of Russian S-400 air defense systems to Turkey.