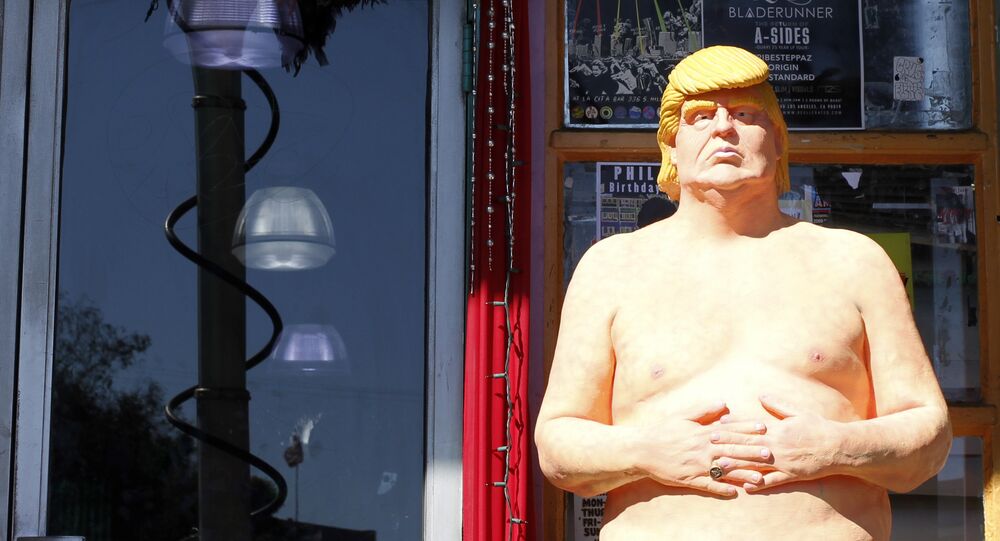 Julien's Auctions announced Tuesday that it would be auctioning off the last sculpture depicting US President Donald Trump in his birthday suit that was not vandalized or destroyed.

The Los Angeles-based auction house estimates that the statue, entitled "The Emperor Has No Balls," could go for anywhere between $20,000 to $30,000.

INDECLINE
The Emperor in San Francisco

Created by west coast anarchist collective INDECLINE, the statue is just one of several sculptures that appeared in the weeks prior to the 2016 presidential election in New York, San Francisco, Los Angeles and Cleveland.

The statues were part of a project meant to "expose" Trump during his time on the campaign trail, according to a press release published before 45 snatched up the presidential office.

"These fleeting installations represent this fleeting nightmare and in the Fall, it is our wish to look back and laugh at Donald Trump's failed and delusional quest to obtain the presidency," the statement reads. "It is through these sculptures that we leave behind the physical and metaphorical embodiment of the ghastly soul of one of America's most infamous and reviled politicians."

Interested buyers can bring their nickels and dimes to Jersey City on May 2.