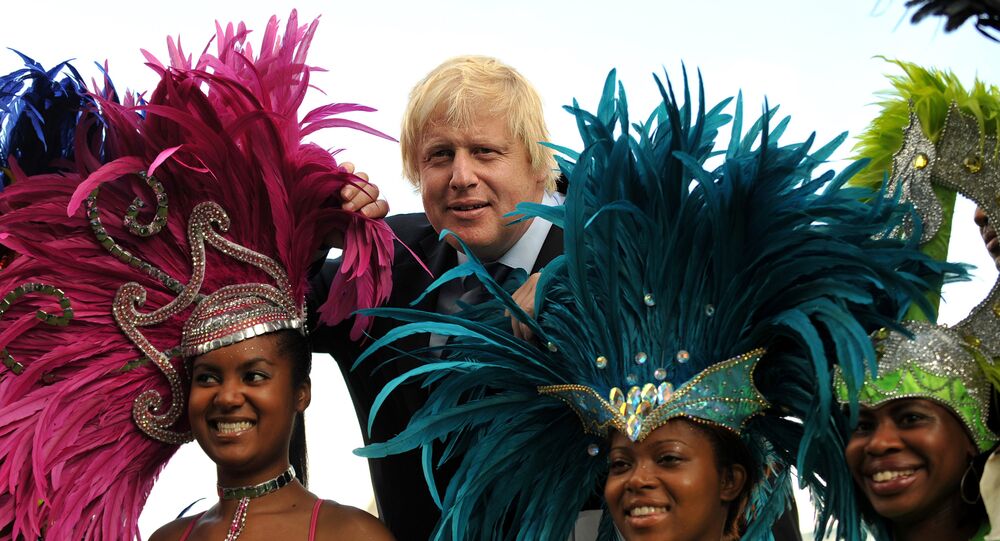 Britain's Foreign Secretary got enthusiastic praising the decision of the UK’s allies to expel Russian diplomats over the alleged poisoning of the former agent Sergei Skripal; the reaction on Twitter was far from unanimous.

The UK Foreign Secretary Boris Johnson thanked the country’s allies from all over the world, who have decided to expel Russian diplomats, telling Parliament that they have placed themselves at risk of retaliation from the Kremlin.

Today’s extraordinary international response by our allies stands in history as the largest collective expulsion of Russian intelligence officers ever & will help defend our shared security. Russia cannot break international rules with impunity

​…and explained the mass expulsion by citing the world’s frustration with Russia.

Johnson told journalists "For many other governments, what happened in Salisbury sort of crystallized their own frustrations, their own disappointments with the way the Russian state has been behaving."

This news made my day, thanks @BorisJohnson For the great work your doing for UK and the world at large

Great to see our NATO allies standing with us against the shocking actions of Russia.

Some asked for more proof regarding Russia…

Where can I read concrete proof of #Russia involvement on #Skripal case?

Where is the proof? Don't you think it's rather convenient that these 2 people get poisoned very publicly by a Russian nerve agent? Almost as if someone framed the Russians….🤔

​…while others voiced concern over the sequence of events going forward.

You're talking to BoJo, aren't you? Making a fool of himself and the whole nation by making accusations without any evidence. Shameful!

Now everybody knows that the UK and it's allies CAN break the international rules with impunity by collectively expelling Russians with absolutely NO EVIDENCE of Russia's implication on the Skripal case. You're a serious threat to the world with all your horrible warmongering!

I just don’t believe it’s all because of that spy?!!.. It’s just the beginning of another cold war! 😡

​Some reprimanded his feeble reaction to terror attacks.

It's very trendy to be anti Russian at the moment, isn't it Boris? Shame you can't muster such enthusiasm post the numerous Islamic attacks on our soil.

The bit I don't get is how they were diplomats and now as if by magic they are intelligence officers. So either you knew all along they were spies or you didn't know which is not great or you are making it all up? #Russia

​20 European countries as well as Britain’s North American NATO partners, the US and Canada, agreed to follow the UK’s example and eject more than 100 Russia diplomats as a response to the alleged poison attack on former GRU agent Sergei Skripal and his daughter at the beginning of March.

Moscow has slammed the move, saying that it would not contribute in any way to the probe into the Skripals' poisoning unless presented with concrete evidence of Russian involvement, and vowed to deal with each country, which had decided to expel Russian diplomats.

The British government has accused the Kremlin of the murder attempt; Moscow has rejected the allegations and called on London to provide access to case details and evidence, including the nerve gas, a request ultimately rejected by London.