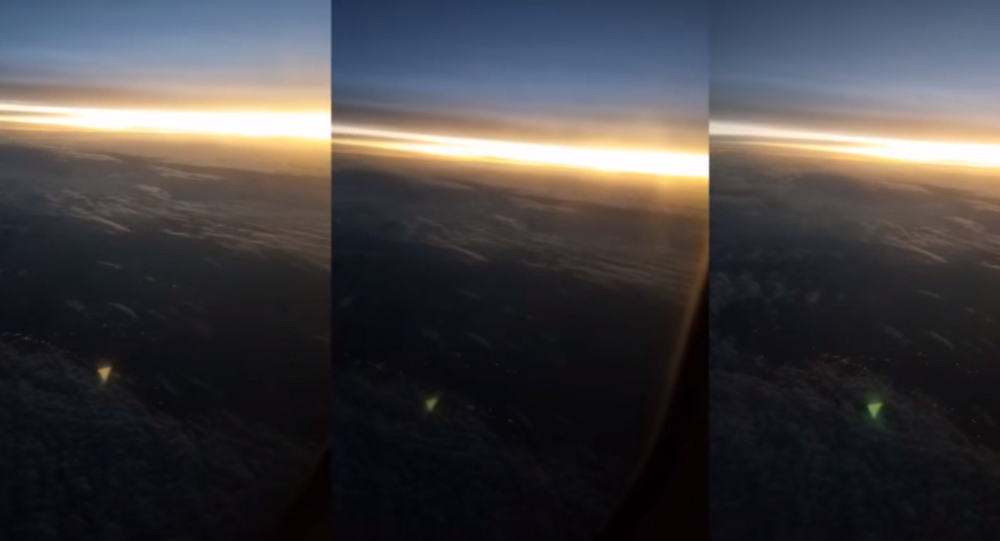 A plane passenger taking pictures of the rising sun in Texas made an odd discovery Sunday after he noticed a bizarre orange triangle standing out like a sore thumb in his photos.

The images, which were taken around 6:30 a.m., were quickly shared with popular YouTube page "UFOmania — The truth is out there" on Monday and labeled as evidence of a "strange, flaming-looking triangular UFO."

​Gaining more than 9,000 views, the group's video has thrown conspiracy theorists into a tizzy, with some saying the footage proves that UFOs are everywhere. *dun, dun, dun*

"I live in Dallas," one YouTube commenter wrote. "[I] can confirm that the skies are currently full of flying, shape shifting, demonic, reptilian plasma monsters.﻿" And possibly Doritos.

Another wrote, "We see them all the time here with other UFO crafts. Where we are is always something in the sky early morning [and] at night."

Others speculated that the mysterious aircraft could've been the TR-3B, an alleged secret government plane that can reportedly go undetected on air traffic radars, according to Military.com.

Not all netizens immediately saw alien life forms or secret US government projects, however.

"Reflection off of the plane window," one user wrote. "Just once would one of these people take a photo that is not blurry."

This sighting comes days after a mysterious object was seen hovering over Switzerland's Lucerne on Wednesday. Photos of the incident are currently being examined.