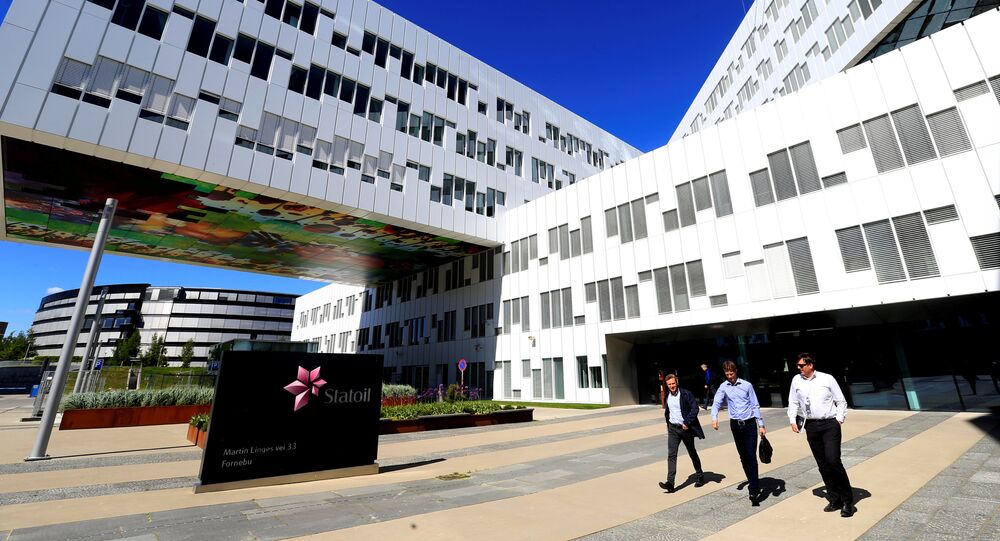 The world's largest offshore operator, Statoil has voiced plans to change its name to Equinor. The costly name change, which is aimed at reflecting its commitment to green energy, equality and diversity, has met with mixed reaction by fellow Norwegians.

Norwegian oil giant Statoil has presented the change of name in a video posted on social media as a means of emphasizing its determination to develop renewable energy rather than being focused solely on oil.

"Reflecting on the global energy transition and how we are developing as a broad energy company, it has become natural to change our name," Statoil CEO Eldar Sætre said in a statement.

Thank you, Statoil! It's been a pleasure. Say hi to change, say hi to #Equinor pic.twitter.com/OKw0PQQzOi

​While the new name Equinor was chosen to reflect the company's commitment to equality and equilibrium, it also spurred a mixed reaction among the Norwegian public, paving the way for possible misinterpretations, as "equi" also happens to be one nominative plural of the Latin word "equus" meaning "horse."

The quaint sounds of Latin also generated quips about the new company name sounding "like a princess on a horse from the Game of Thrones."

Jan Arild Snoen from the Norwegian Minerva magazine also emphasized the bond to the horse world, as the name Equinor is used for a Polish medicine for peptic ulcers.

"Equinor is already in place in the store after a successful industry change," Snoen pointed out sarcastically.

​Furthermore, the name Equinor has already been in use in Norway itself. The equinor.no website currently belongs to a veterinarian and animal chiropractor, running a private practice in "Vestfold, Telemark and Greater Oslo." The same webpage also stated that the veterinary business will soon change its name to Equna, a possible indication that the domain rights have been secured by Statoil. Equinor.com already forwards users to Statoil's webpage.

On Twitter, a Reuters reporter pointed out that Statoil should have put off the announcement until the Spring Equinox.

If #Statoil waited a few days it could have announced the name change to #Equinor at the equinox- or would that be equivocating? https://t.co/CTr3KbGrGT @gfouche

​Other users admitted that Statoil's new name also rang a bell with Ecuador. In the Latin country, the South Korean car manufacturer Hyundai markets itself as Equinorte.

Rebranding Norway's largest company will cost up to NOK 250 million ($32.5 million), a local newspaper Stavanger Aftenblad reported. In a poll by Stavanger Aftenblad, 91 percent of readers disliked the name change, which was also slammed in an editorial by the same newspaper.

Headquartered in the port city and oil industry hub of Stavanger, Statoil has come to symbolize Norway's steep rise to one of the world's richest nations beginning in the late 1960s.

The proposal will be put to the annual general meeting on May 15, but Statoil said it already had the backing of the Norwegian state, which has a 67 percent stake in the company. Energy Minister Terje Søviknes stressed that Statoil's push to become a broad energy company was "in line with global developments in the energy sector."

"Congratulations on an exciting name change. The green shift is happening faster and faster. Norway must be a part of it. Good luck with the process," Norwegian Culture Minister Trine Skei Grande tweeted.

Statoil, which was re-formed in 2007 through the merger of Statoil with Norsk Hydro, has operations in 36 countries and has over 20,000 employees. It ranks among the world's largest oil and gas companies.