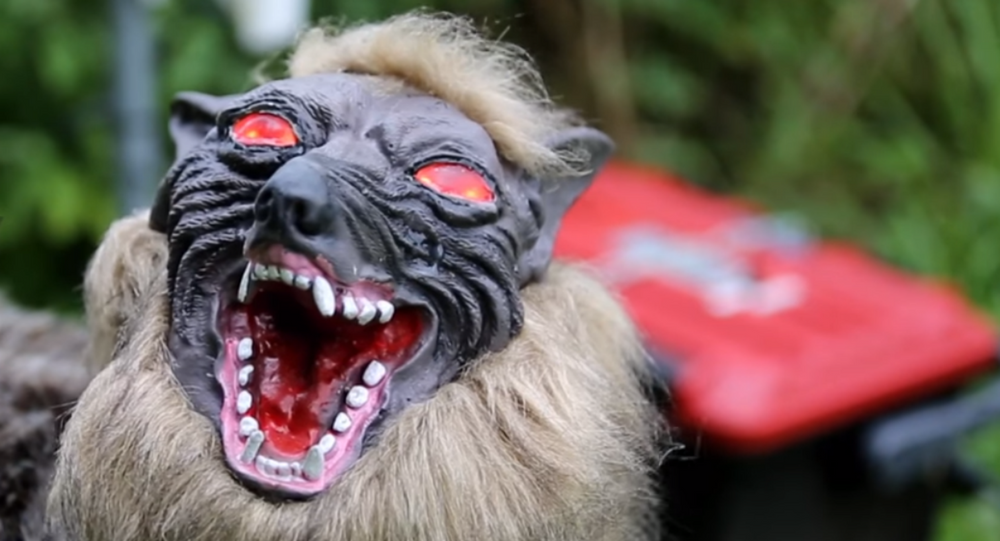 Taking the age-old scarecrow to the next terrifying level, scientists in Japan have announced that their robot wolf, equipped with flashing red eyes, will be going into mass production in April so farmers throughout the country can collectively scare wild boars away from their crops.

Measuring in at 65 cm long and 50 cm tall, the demonic-looking bot was tested out in Japan's Kisarazu City prefecture starting in July 2017 before officials decided to go nationwide with their invention.

​According to reports, whenever the bot detects an approaching animal with its infrared sensor, it begins to let out a 90-decibel screeching sound as its head turns from side to side. Creators also developed several howling sounds that the bot can pick and choose from in order to keep trespassing perps on alert and, ideally, running for the hills.

Interested buyers in the Land of the Rising Sun can get their hands on a robowolf as long as they can fork over $4,840. If the price ends up being too much, farmers will also have the option of leasing the creatures by the month.

Move Over Spongebob! Burger-Flipping Robot Takes Over Grill at CaliBurger