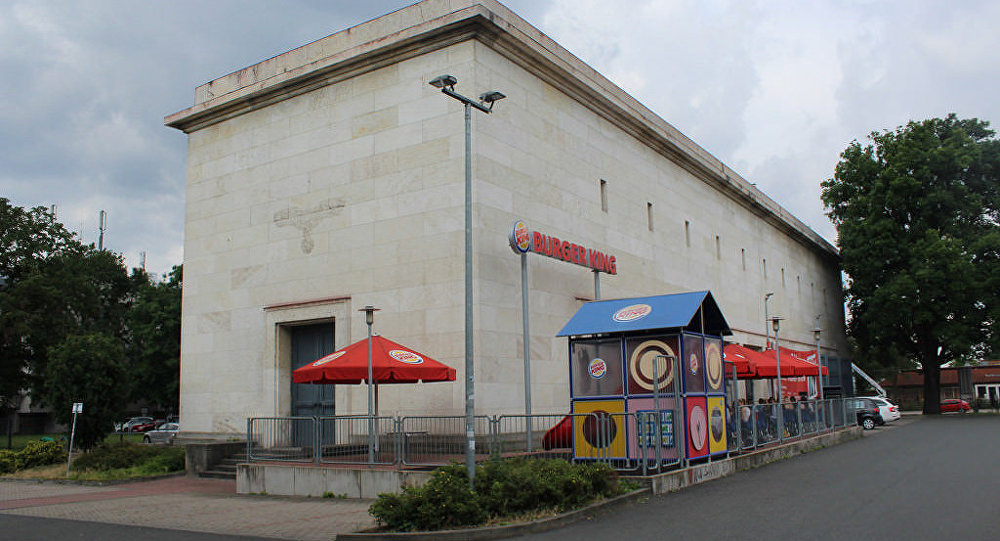 It was Hitler's personal architect Albert Speer who added to the construction of a power substation in the German city of Nuremberg which has a dim silhouette of Nazi eagle on one of its facade walls.

A Reddit user nicknamed Michael_by_the_Bay has published a photo of a Burger King restaurant in Nuremberg which is located inside the building of a local power substation built on the orders of Adolf Hitler.

Commenting on the photo, the user minced no words when expressing surprise about knowing nothing about the existence of such a restaurant in the German city.

So I heard y'all like evil fast food restaurants? Here's Burger King at the former Nazi party rally grounds in Nuremberg from r/evilbuildings

The publication immediately caused both angry and sarcastic reactions from other Reddit users who pointed to a vague silhouette of Nazi eagle on one the building's walls and suggested changing Burger King's logo and motto to Burger Fuhrer and Have it Mein Way, respectively – an apparent nod to Hitler's book Mein Kampf.

Comment from discussion So I heard y'all like evil fast food restaurants? Here's Burger King at the former Nazi party rally grounds in Nuremberg.

User Thelawtalkingguy went even further by suggesting a new version of Hitler's suicide.

"It's a little known fact, but Hitler actually shot himself in the face when Burger King switched their onion rings from real onions slices to whatever the f*** they're made out of now," he wrote on his Reddit page.

The Nuremberg power substation's design was created by Hitler's personal architect Albert Speer in 1936. Holed up in his bunker in Berlin, Hitler committed a suicide on April 30, 1945 amid the Red Army's ongoing offensive on the German capital, according to the official version.