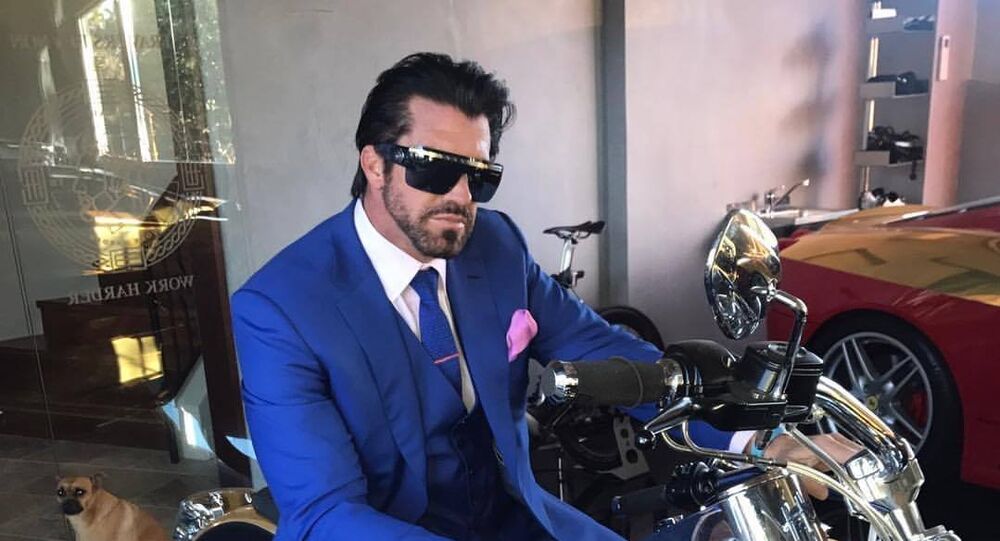 The Gold Coast tobacco tycoon is well known for his lavish life-style, as well as love for fast cars and beautiful women in numerous quantities.

Travers "Candyman" Beynon, manager director of the FreeChoice tobacco company and a self-proclaimed playboy who lives on Australia's Gold Coast, posted a rather unusual congratulation for International Women's Day, featuring him lying on a bed between two naked women, who had their legs up and crossed forming the letter "W", while a third (also almost completely naked) was vacuum cleaning nearby. The post was simply followed by hashtag #InternationalWomensDay.

READ MORE: If We Stop, the World Stops: Women's Day Demos Around the Globe (PHOTOS, VIDEO)

The post, which has hitherto accumulated over 27,000 likes, has also garnered a considerable negative response among those who consider such a congratulation to be, to put it mildly, inappropriate.

"[…]he generalized the entire womankind here as sexual playthings and that's what I'm not OK with," a user named xinsei said.

"Have some f****n respect for women on a day like this! Posting a pic with naked chicks who bow down to you because you have f****n money isn’t an award you can hashtag international women’s day on. Classic wow moment you d**k…" a user named aleyshajayne said.

"You're an as****le… respect women and investigate why this day is commemorated, you can have a lot of money, but your brain is poor and useless," a user named lavictorial said.

The majority of his 788,000 subscribers, however, endorsed the way Candyman celebrated the day.

"This guy knows how to celebrate womens day," the user pavash_pulkit said.

"As a women… I’m not offended, these women enjoy the attention. And hell they’re hot. Let them be. I’d probably do the same thing if I had a boy," a user named askcourt said.

Some of the users dismissed those offended by his post, implying they do it out of envy either for his money and life-style or for the bodies of his female companions or just because they are feminists.

"I’d love to do nothing and get paid, who wouldn’t??? Don’t be so jealous. Be real — they’re living their luxury. At least they won’t get to 80 years old and realise they spent most of their life working their asses off for what? For the same thing everyone gets in a hundred years, a casket 6 ft under," the user k.ylie15 said.

"I notice all women complaining have half naked pictures of themselves on their page, just ignore them…it's just jealousy they aren't the girls in the pic," a user called corry3635 said.

"Instagram has thousands of woman posting pics of their half naked bodies and all you feminists look at that and say "Power to woman" yet as soon as @candyshopmansion happens to be in the pic he's all of a sudden a vile misogynist exploiting woman!!! How does that work???" the user shiva_health_bunny said.

Travers Beynon, nicknamed Candyman, is a former football player and model who made his fortune working as the head of the FreeChoice tobacco company which runs over 200 stores in Australia. He often posts pictures of himself on Instagram showing off his flamboyant lifestyle, featuring beautiful women, fast cars and his "Candyshop" mansion on the Gold Coast. He is married and has 4 children.

WATCH Putin Congratulates Women With a Nice Piece of Poetry

If We Stop, the World Stops: Women's Day Demos Around the Globe (PHOTOS, VIDEO)