A third meteorite in a month was seen flying over Yekaterinburg on Tuesday evening, but according to engineer Vladilin Sanakuyev it might have been a hoax.

Many locals reported to have witnessed a bright red-yellow luminous body flying over the Ural Mountains. It was supposedly visible for just 6-7 seconds.

"Probably, it was a meteorite with a very bright flash. During this month there were already three such cases," Sanakuyev said. 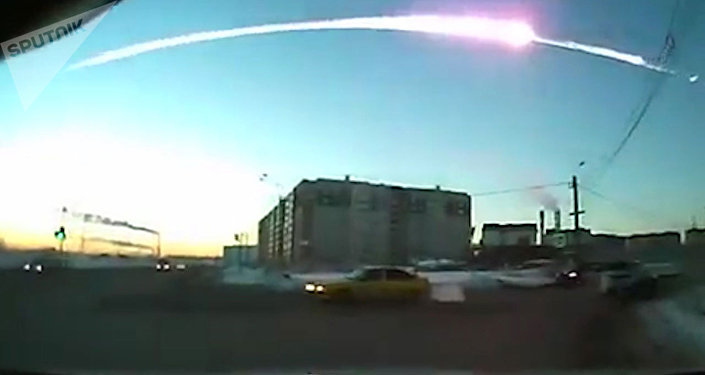 © Sputnik /
The Blast From Five Years Ago: The Chelyabinsk Meteor Conspiracy Theories
According to him, such coincidences are very rare, so it is also quite possible that this is a false report.

"Now we've learned to do computer graphics well, so we need to check and analyze all of this," the expert explained.

According to the preliminary data, it may have been a meteorite that burned up in the atmosphere, whose weight was presumed to be just a few kilograms.

Sanakuyev added that the appearance of such bodies does not affect the activities of people, since they are quite small. Therefore, there was no danger of a meteorite falling.