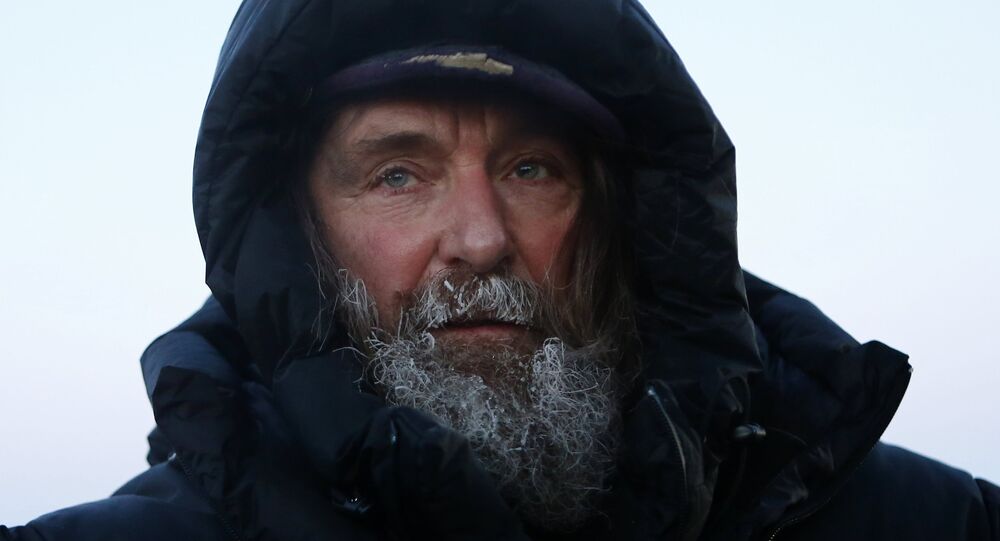 MOSCOW (Sputnik) - Renowned Russian traveler Fedor Konyukhov told Sputnik that the main objective of his planned record-breaking hot-air balloon flight to the stratosphere is "to see how the Earth curves."

Konyukhov plans in September to fly to the stratosphere at a height of 25 kilometers (15.5 miles) on the largest balloon ever made to beat Indian balloon pilot Vijaypat Singhania's record height of 21.2 kilometers reached in late 2005. Manufactured by the United Kingdom's Cameron Balloons, the hot-air balloon will be 60 meters (197 feet) in diameter, 68 meters tall and have a volume of 100,000 cubic meters.

"Recently I went to the [Russian] city of Rybinsk, met with [the first woman in space Valentina] Tereshkova and asked her if I could see how the Earth curves. She said 'Yes, Fedya, you can, there will be black sky, and the Earth will already curve.' I will fly just right for it! To see the Earth's curve, to see its little space," Konyukhov said.

Konyukhov recalled how when Yuri Gagarin became the first man to travel in space in 1961, everyone was happy and wanted to be cosmonauts.

© Photo : www.mahiko.ru
On Cosmonautics Day, Russian Mouse Travels to Stratosphere and Back
"But I did not become a cosmonaut, and my conscience torments me: how so, I will leave this world and I will not see how the Earth bends. Therefore, when I will fly to the stratosphere, there will be a record that I'm flying above all. I will also have a scientific program, but it does not really bother me," the explorer added.

Konyukhov stressed that the aim of his expeditions was not to "overcome himself," but to set a goal and reach it.

"There is a goal and I want to reach it, or so that someone else could reach it. People should choose a cue to take on their own. If I inspire them — well done. How can I live like this and do not see the Mariana Trench? Is it time for me to leave now? Too early. I understand: now I will fly, I will see how the Earth curves, and I will not stop at this," he said.