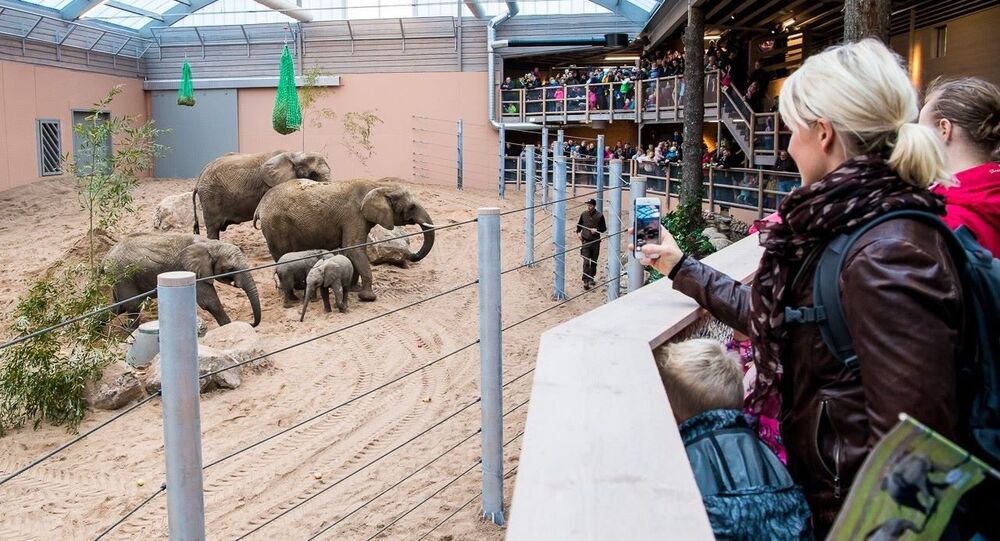 Staff at the Borås Zoo, located in the Swedish city of the same name, have started to receive death threats after the park made national headlines for its practice of culling perfectly healthy animals.

Since an early January report that revealed the killing of hundreds of "surplus" animals not deemed deficient in any way, the Borås zoo has received over a dozen death threats via e-mail and social media. Among them were several death threats directed against zoo CEO Bo Kjellson. One of them features a montage, in which Bo Kjellson's head is placed behind crosshairs, national broadcaster SVT reported.

"This is very unpleasant and these threats affect the staff and the whole organization," Bo Kjellson told SVT.

Kjellson attributed the death threats to SVT's critical review of the zoo's practices, which included culling healthy animals, including lions, and caused strong feelings among the both the domestic and the international public.

In addition to the death threats, the zoo also received a large amount of criticism and irate comments that nevertheless cannot be considered a threat.

"We have tried to respond to all the e-mails we have received. In the case of threats, we have just answered that it was not okay and reported them to the police," Bo Kjellson said.

Bo Kjellson stressed that the zoo followed the rules as part of international breeding programs, arguing that SVT did take things out of context, focusing only on the slaughter part. Over the past four years, the Borås Zoo culled 286 animals, of which 163 were perfectly healthy. A total of 128 aimals didn't even become one year old.

SVT responsible publisher Josefin Ziegler called the death threats "intolerable," but refused to accept the report as "unilateral," claiming that it gave ample room to the very Bo Kjellson to justify the cause of killings.

​"Our report got such a big impact, I believe, because of the fact that it is relatively unknown to the general public what happens to animals at zoos, when, for instance, they become too many and no longer fit in," Ziegler explained.

The Borås zoo is almost 60 years old. It is located in the city of Borås in the Västra Götaland county (population: 66,000) and is considered to be the focal point of the city's tourist industry with approximately 250,000 visitors a year. Its economic impact as a result of tourism is estimated to be at least SEK 40 million ($5 million).