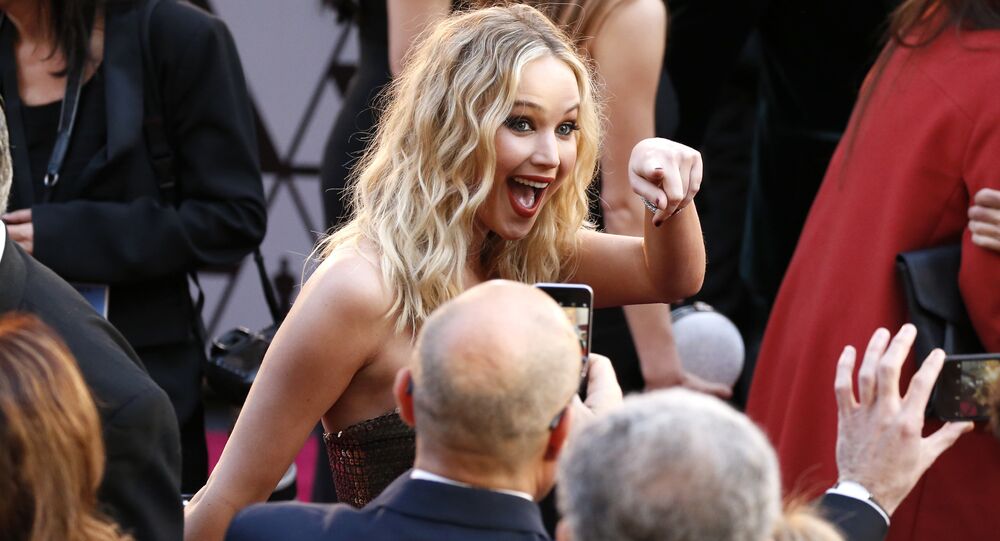 Last night at the Dolby Theatre in Los Angeles was certainly one for the books. Not merely because a whopping four statues went to the same hands – those of Guillermo del Toro, director of the melodramatic fantasy The Shape of Water, but to a great extent due to Hollywood memes that originated at the venue and have gone viral since then.

Firstly, it was the epochal tandem of young Jennifer Lawrence, the youngest to date winner of Best Actress in Leading Role award, and the legendary Jodie Foster up on the Oscars’ stage that took the spotlight. Well, naturally, indeed. Since the striking height difference couldn’t but cause everyone to let loose their best jokes.

Secondly, it was Meryl Streep’s best shouting meme, when the actress, dressed like a fairy godmother once again reminded the public of who was the best ever, most notably, the loudest cheerleader in the world. She tried hard back in 2015 at the SAG Awards, and three years later she is again with us, with the same supportive energy.

But perhaps, Jennifer Lawrence has by far surpassed all the other Oscars’ attendees – with her unrivalled capability to balance a full glass of wine, while climbing over rows of chairs heading to her colleagues for a chat…or, most typically, a hug.  And when something out of the ordinary happens at the Oscars, you can bet that Twitter users will have their say.

Jennifer Lawrence climbing over a seat with alcohol is my mood #oscars2018 #JenniferLawrence pic.twitter.com/x2jf6fK24C

Many virtually saw themselves in the viral pictures of the "Red Sparrow" star, saying Lawrence was just their "celebrity version."

Jennifer Lawrence is the celebrity version of me pic.twitter.com/uNUphsD5b1

The pictures of the actress having the time of her life as she came up with dancing pas, playfully posed in front of the cameras, to say nothing of the hearty hugs that Jennifer generously ladled out, rapidly exploded across social networks.

And a vast majority shared one and the same view: fun-loving Lawrence deserves yet another Oscar for the mere juggling with her glass in the packed Oscars venue.