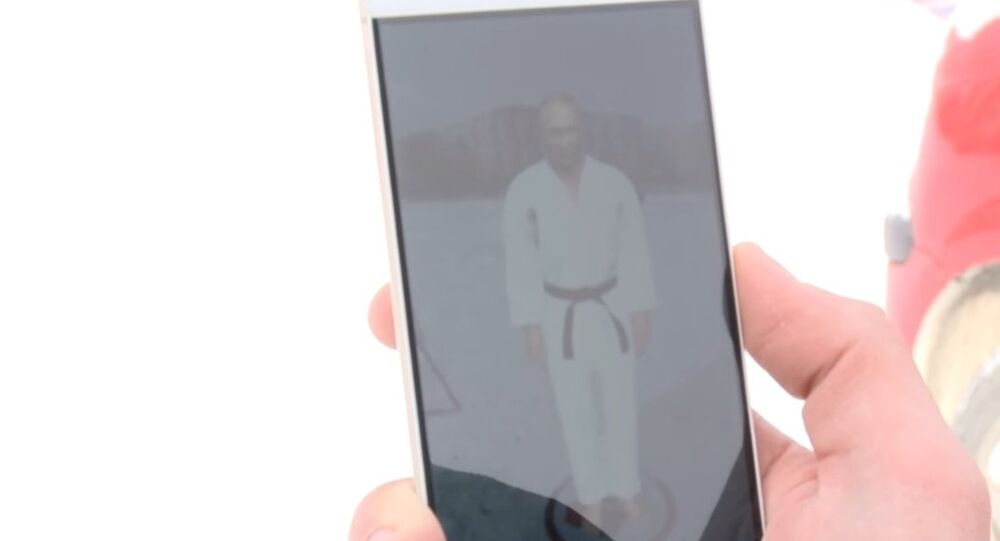 Student Yaroslav Popov from the city of Tyumen created a large 3D model of Vladimir Putin in augmented reality.

To begin with, he developed a 3D model of the president in a kimono and printed out a large marker and placed it on the ground.

When he points his smartphone's camera at the marker it creates a large hologram of Putin, according to the publication “Tyumen Line.”

The creators of the application decided not to share the template for printing the marker; therefore, the 12 meter tall president can only be seen near the Olympic Training Center "Tyumen-judo."

In order for anyone else to see the hologram, one must bring a smartphone with the app "Photos with Putin" for iOS or Android installed on it.

The same technology is used in the application "Goznak," which verifies authenticity of new banknotes of 200 and 2000 rubles.