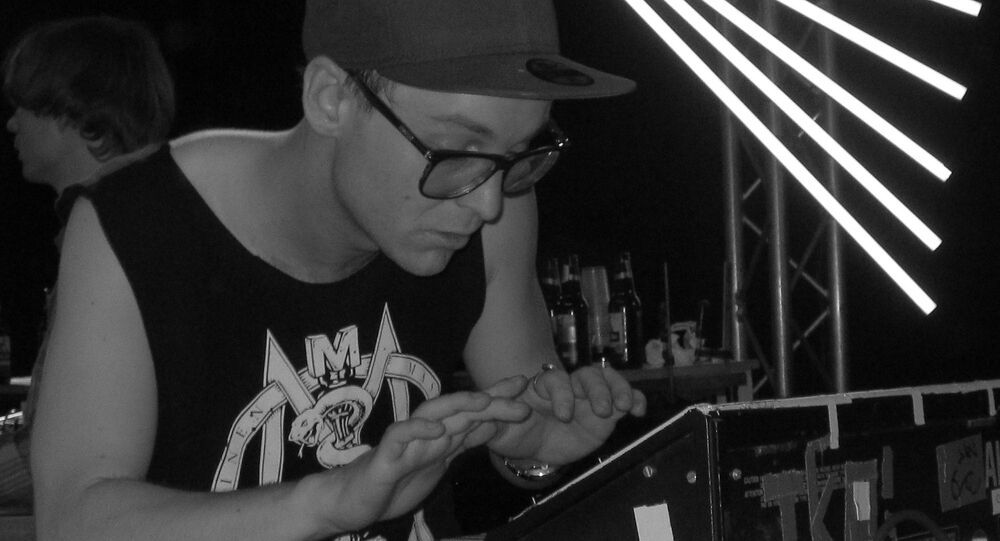 A Swedish artist and joker, known for his humoristic approach, named a goldfish after a police chief, later promising to fillet it on Walpurgis Night.

Swedish artist Frej Larsson has been reported for "unlawful threats" after a satirical post on Instagram where he mocked an official in a way not really appreciated by the authorities, Swedish Radio reported.

The suspected "threat" was directed against a police chief who participated in a raid against a party at the Kägelbanan club in Stockholm, which Frej Larsson had arranged.

In a rancorous response, Frej Larsson uploaded an image on Instagram where he holds a goldfish named after the police chief in question. Under the picture, Frej Larsson wrote that the goldfish would be filleted at Walpurgis Night. To complete the the diss, Larsson uploaded two songs, ostensibly directed at the police chief, on the Spotify music service.

The police interpreted the subsequently deleted Instagram post as a threat, conducted a search and seized Frej Larsson's phone and computer. The artist was then arrested, interrogated, and eventually released.

The case is now with chamber prosecutor Zilla Hirsch, as the police are not eligible to investigate crimes against themselves. Hirsch explained that the police report only applied to the Instagram posts.

"The music or the songs as such is not a subject of the preliminary investigation. Rather, it's a question of what you can publicly say about a person. Whether it was through music or social media is unimportant," Hirsch told Swedish Radio.

Frej Larsson denied committing any crimes and proceeded to post a copy of the police examination.

"Hi, Peter Ågren at the Södermalm police. My job is to pester, yours is to solve crimes. You solve crimes, and I'll stop pestering," Larsson wrote in a post that gathered many cheers.

"It is our firm belief that no crime has been committed. It is about artistic expression and it is simply not criminal," Larsson's lawyer Viktor Banke said.

Thirty-four-year-old Frej Larsson is a Swedish electronics and hip-hop artist, known for his involvement in acts like 50 hertz and Slagsmålsklubben ("Fight Club") and runs the recording company Djur and Mir. He is one of the composers of the official Sweden song for the 2016 European Championship in football. He is also known for songs featuring edgy humor like "Anybody who doesn't dance is a rapist."

The party, which triggered the whole goldfish incident, was held in celebration of Frej Larsson and his friend and fellow artist Simon Gärdenfors being acquitted of trespassing on Russian property on the Finnish archipelago of Åland, where they built a makeshift gay bar dubbed Blue Oyster in 2015. The duo, known under the moniker Far & Son ("Father and Son") referred to their symbolic gesture as a "gay bar on Putin's land."