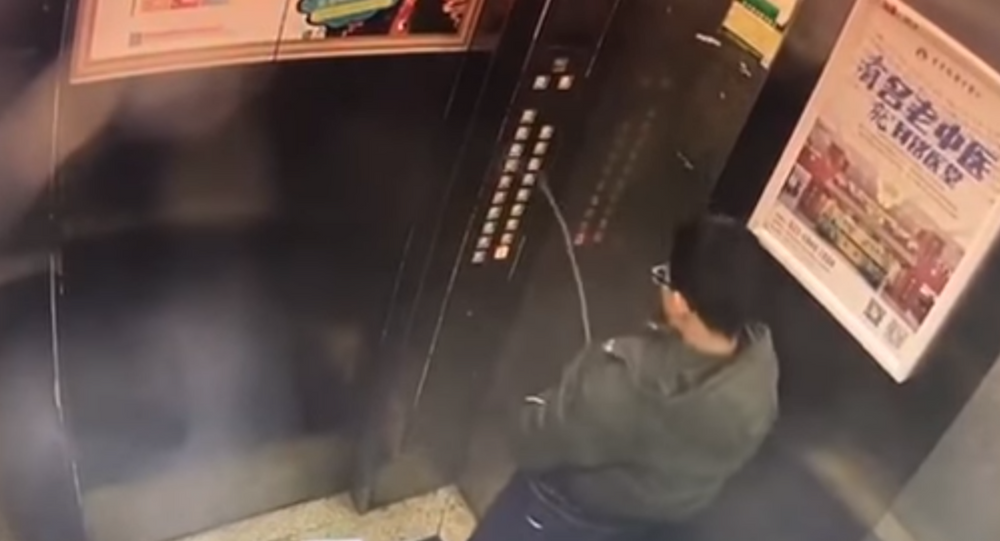 On Saturday, a day after reviewing footage of a child urinating inside an elevator in Chongqing, China's Ministry of Public Security issued a warning for parents to better educate their children.

The surveillance footage from Friday shows a boy urinating on the elevator's control panel 11 seconds after boarding the lift. The scene quickly escalates after the would-be prank causes the elevator to short-circuit, trapping the brat. Er, boy.

​According to reports, the boy was later rescued by building maintenance staff. He was not injured in the fiasco.

It was not until after building officials reviewed the security tapes that they concluded the child's misdeed had indeed caused the elevator to malfunction.

Following the shenanigans, China's Ministry of Public Security took to Weibo on Saturday to urge parents to teach their children how to behave in public.

"As a result, the lift short-circuited," officials wrote. "The lift doors could not be opened, the lift buttons were flashing and the child was trapped before being rescued."

"Please educate and take good care of your children!" the statement added.

The child, whose name has not been disclosed, has not admitted to committing the act, according to Channel News Asia.

It's unclear if the parents will be given a bill for elevator repairs.

Infuriated Man Gets Punished by the Elevator He Vandalized