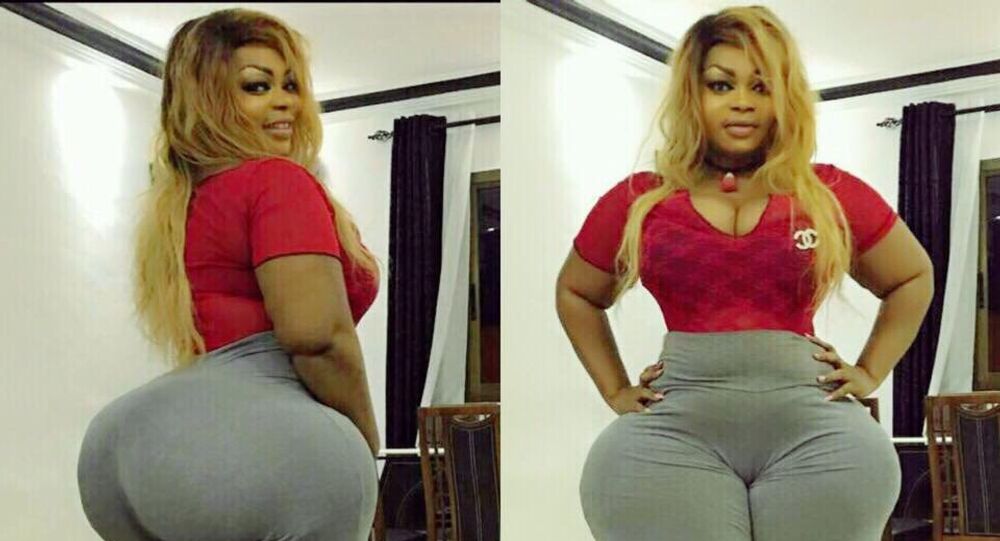 'African Kardashian': A Woman With 60-Inch Rear That Can 'Stop Traffic' (PHOTO)

An African model amassed thousands of Instagram followers and even reportedly became somewhat of a celebrity thanks to her exceptionally curvy figure and fashion style.

Eudoxie Yao, also known as Queen Eudoxie, is a model from Abidjan in the Ivory Coast who boasts a curvy body and a 60-inch derriere without ever resorting to any form of cosmetic surgery, by her own admission.

Eudoxie prefers tight-fitting clothes, insisting that she does not want to hide her body beneath layers of fabric, the way some people with a similar constitution tend to.

"When I leave my house, people are often surprised and shocked at seeing me. I stop traffic. People are shocked. But they never say anything to my face,” she said, according to Metro, describing her appearance as "ultra sexy."

Her Instagram account currently has about 429 thousand followers, and is frequently updated by the model, who posts picture of herself wearing a bikini, tight pants and other garments that accentuate her curves.

According to media reports, Eudoxie looks up to American reality TV personality Kim Kardashian, regarding her as a role model.

Eudoxie also confessed that she was previously mocked for her physique and some of the more cruel comments have even driven her to tears before, but she eventually learned to deal with such attacks.

‘No one is going to tell me how to dress. I love my curves! I love my shape!’ she stated.